Ian Brennan, a Grammy-winning music producer based in California, recorded an album with his older sister Jane, who has Down Syndrome. 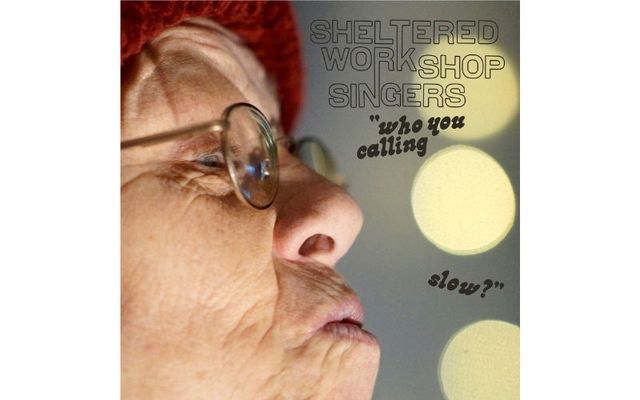 Who You Calling Slow is set to be released on Sept. 18. Ian Brennan SoundCloud

An Irish-American music producer has released a touching new album showcasing the developmentally disabled community and their ability to communicate through music.

Ian Brennan, a Grammy-winning music producer based in California, returned home to the Bay Area to record an album with his older sister Jane, who has Down Syndrome.

Ian and Jane recorded the album "Who You Calling Slow" with about 20 of Jane's peers, known as the Sheltered Workshop Singers.

The music producer has produced more than 50 albums all around the world and is known for producing music from underrepresented regions and community, but he called his latest project his most personal work ever.

The instrumentation on the new album comes from the group's immediate environment; one singer used a walker as a bell; another used a yoga ball as a bass drum.

The Sheltered Workshop Singers consisted of over 20 singers aged between 20 and 60. Some participants were confined to a wheelchair or a walker and none of them had ever attempted to play a stringed instrument or sing into a microphone before.

Brennan described the album as the most memorable of his career and reflected on the importance of music in shaping his relationship with his sister.

"Our main connection was through music -- joy expressed through dance, sadness and longing with melody. As her level of functioning has begun to diminish markedly in recent years, I knew the time was now or never to capture moments where music speaks volumes," Brennan told Broadway World.

He recalled a memorable experience during the recording when Janet, one of the participants, repeatedly declared that she wasn't "afraid of anything", resulting in one of the most emotional moments of the entire production.

"It was when Janet sang of fearlessness by repeatedly declaring, 'I'm not afraid of anything,' that I felt the familiar surge during projects that is the telltale sign that what's being recorded will in fact result in becoming a record: tears. As she improvised those words, there was not a dry eye in the room -- not out of pity, but in admiration and awe of her courage and strength."

The album is set to be released on Sept. 18 and a mini-documentary of the unique recording is now available to watch on YouTube.