Mamma Mia! star Pierce Brosnan has been praised for his singing voice by ABBA’s Benny Andersson and Björn Ulvaeus. 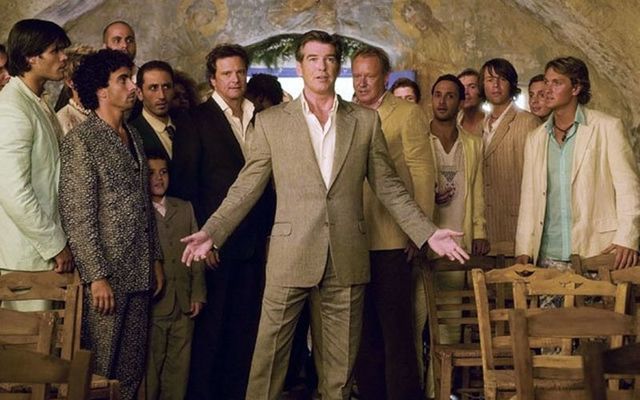 Pierce Brosnan will reprise his role in "Mamma Mia: Here we Go Again."

Mamma Mia! star Pierce Brosnan has been praised for his singing voice by ABBA’s Benny Andersson and Björn Ulvaeus.

"He has a good voice, I like this voice,” Benny told RTÉ Entertainment.

"He didn’t sing much in the first movie either," said Björn of the 65-year-old Irish actor. "But he sang the same song. It’s pretty clever."

Read More: Pierce Brosnan and his wife celebrate 25 years together

"Just a snippet of S.O.S. and I think that little scene is beautiful. It conveys the pain he’s going through." added Benny.

The former James Bond was criticized for his voice when he starred in the 2008 Mamma Mia!, based on the hit Broadway musical. According to reports, Brosnan worked with a vocal coach ahead of the sequel, Mamma Mia! Here We Go Again.

When asked who else among the cast they rated as a singer, Benny said: "That’s difficult. You can’t say. The most special voice belongs to Cher, doesn’t it? Meryl sings beautifully, Amanda Seyfried sings beautifully and Lily James, I don’t know if you knew she can sing but she can really, really sing."

Read More: Pierce Brosnan and Mamma Mia cast get to work in Croatia

Mamma Mia! Here We Go Again tells the story how Meryl Streep’s character Donna met her three lovers in 1979. Pierce Brosnan plays one of her lovers in the present day.

The movie is out in theaters now.

Ger Hough, the most creative publican in Ireland