Mescal and Bridgers made their debut as a couple in just 2021 and are now getting married. 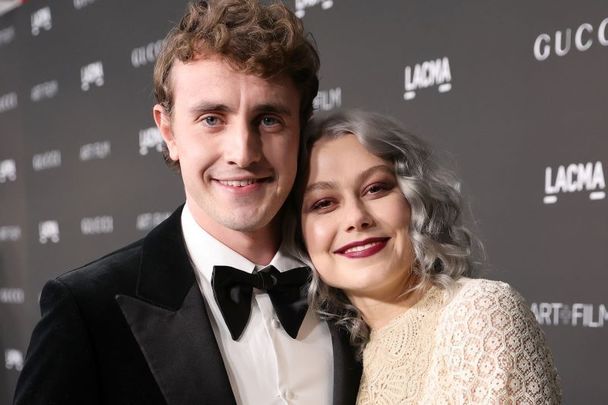 Irish actor Paul Mescal appears to have confirmed his engagement to musician Phoebe Bridgers during a recent Guardian interview.

Mescal, 26, and Bridgers, 28, made their debut as a couple this time last year, but their fans had been speculating about their relationship for some time before that.

The relationship appears to have begun when Bridgers tweeted about the BBC hit show "Normal People" - starring Mescal - in May 2020.

Mescal responded to Bridgers' tweet and the pair hosted an Instagram live event together for Wonderland Magazine shortly afterwards.

During the event, Mescal told Bridgers that he loved her music. A year previously, he had shared details of his Spotify streaming history on Twitter, with Bridgers appearing as his most-streamed artist of 2019.

Rumors of a relationship between the pair intensified in June 2020 when Bridgers referred to Mescal as the "cute boy" from Normal People, revealing that she got "a little pitter-patter" in her heart when she saw that he had followed her on Instagram.

The rumors reached fever pitch a month later when Bridgers flew to Ireland, with many fans speculating that she had traveled to see Mescal.

The pair did not share anything on social media about the visit, but a cafe in Kinsale revealed that they had shared breakfast together.

Mescal appeared in the music video for Bridgers' song "Savior Complex" the following December and the pair made their relationship official in November 2021 when they made their red carpet debut at the LACMA Art + Film Gala in Los Angeles.

Rumors about their engagement have been circulating since April when Bridgers reportedly introduced Mescal as her "fiance" at the Coachella music festival.

In August, the Irish Examiner reported that the couple were buying a house in west Cork together.

Mescal now appears to have confirmed the engagement in an interview with the Guardian about his rise to stardom over the past two years.