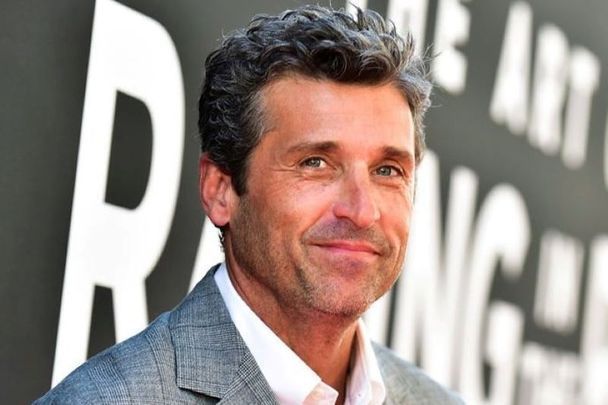 Inis Meáin Knitting Company, which produces luxury traditionally crafted Aran knitwear, said that Dempsey paid their studios on the Aran Islands off the coast of Co Galway a visit.

"Recently, Patrick Dempsey got in touch with us," Inis Meáin Knitting Co said on August 3.

"He had discovered Inis Meáin knitwear in Dublin and, impressed and intrigued by our heritage, quality, and commitment to traditional skills, was curious to see how our knitwear is created, and to explore the landscape that inspires us."

During the visit, Demspey learned about the process, techniques, and skills that go into making the traditional Irish garments.

Inis Meánin shared photos of the actor's tour and of Dempsey wearing one of their jumpers.

On his own Instagram, Dempsey modeled another sweater from the company.

According to RTÉ, Dempsey picked out for himself the Cashmere Shawl Collar, which features an Aran cable crossover neck knit in a flecked cashmere and marino wool blend, and retails for $795/€528.

Elsewhere on his Instagram, Dempsey has been sharing photos of his travels around Ireland, including the Powerscourt Estate in Wicklow, Colliemore Harbour in Dalkey, Inishmore in Galway, Dublin, and more.

The Irish American actor had been filming "Disenchanted" in Ireland since May and seems to have spent most of his free time enjoying the best of the Emerald Isle and sharing it with his 6.4 million followers.

"Disenchanted," also starring Amy Adams and Maya Rudolph, is the long-awaited sequel to the 2007 movie "Enchanted." Dempsey will reprise his role as Robert.

According to an Instagram post from "Disenchanted" director Adam Shankman, the movie, which will be released sometime next year, has wrapped filming.

Prior to filming "Disenchanted," Dempsey told Sunday World's Magazine that despite his Irish heritage he had never before visited Ireland.

"I've never been to Ireland, but I'm hoping to be in your country pretty soon...It's something I really want to dive into and getting an understanding of what my heritage is and what my background is," he said.