Paddy Moloney on 55 years of life with The Chieftains

Paddy Moloney and The Chieftains will celebrate their 55th anniversary with a new tour that will see them play Manhattan. 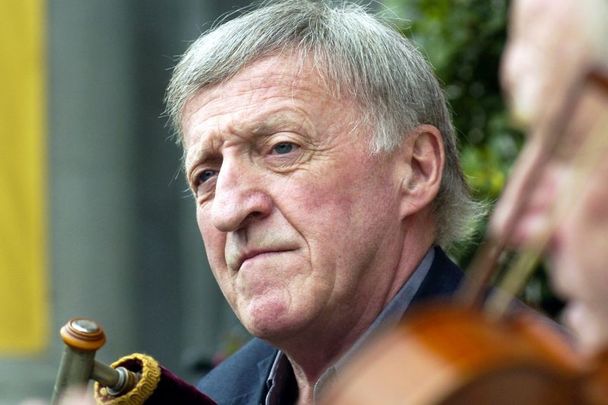 Let's just spell this out at the top, Paddy Moloney of The Chieftains is a national treasure and a living legend, one of our greatest in fact.

On March 10, Maloney and The Chieftains will be back in New York for a concert at The Town Hall on the lead up to St. Patrick's Day, as he has been for decades, and at a 79 years of age the wonder is that he's still every bit as in love with the Irish tradition as he was when he first started playing the tin whistle at the age of six.

Nowadays when Moloney tours nations as far away as Japan he is treated with the unique respect that country gives to world-class musicians. From the moment he sets foot in the place he has not one but two assigned attendants who refuse to ever let him carry his own luggage or worry about his schedule or itinerary.

The respect with which other cultures treat their major artists often contrasts remarkably with the complacency with which we often treat our own, but when it comes to The Chieftains and Moloney, luckily we got the message decades ago.

“I did try to be back in Ireland because I haven't been there for the last fifty years on St. Patrick's Day,” Moloney tells the Irish Voice. “But I just couldn't put it together, we've been over here in the U.S. almost every year. It's part of the whole legacy of the band, this is our 56 year as The Chieftains.”

Ask anyone who has ever been a member of the band, they'll tell you that being in the Chieftains is a bit like being in the Mafia. Once you're in you can never truly get out. But unlike the Mafia, you won't really mind. As Moloney says, it's a life sentence he's been happy to serve.

“My whole family were traditional players, my grandfather was a flute player, it was our best source of entertainment growing up, there was no television and very little radio. In those days we used to go down the country to a little house in County Laois. It was tiny, only a three-room house, but to me, it was a palace. The dancing in the kitchen was nonstop, I mean the old set dancing. We are going to bring that feeling and that music back on our tour.”

As a boy everywhere he went he was always hearing the music. His mother bought him a whistle when he was six and he taught myself to play it. Then he went on to the pipes when he was nine or ten, he says.

“I can't believe where my 79 years have gone,” he laughs. “It's all flown by and it has been a huge musical journey. I wouldn't swap anything, even the hard times when we were trying to get things together and trying to persuade the band to play full time. Having to leave our families behind when we went on tour was hard too. But we went full time in 1975 with a concert in the Albert Hall. It was just solid music and six thousand people dancing around, you know? That concert changed our lives.”

This was the height of the Troubles, a fact he hasn't forgotten. “The one thing we never reneged on, every time we made an album, the first place we'd start the tour was in the Grosvenor Hall in Belfast. There was a total mixed audience there and that's one thing about Irish music, it unites all who love it.”

Last month Moloney and The Chieftains were in Japan, where they were received rapturously, with the 83-year-old Empress of Japan herself attending the concert. “It was the best Japanese tour ever,” he says. “They have hundreds of young Japanese people who can play Irish traditional music over there. We actually had 125 Japanese players on stage playing with The Chieftains.”

Everywhere he went he was given a conquering hero's welcome. “The young people formed an archway for me with their hands in the air, it was like I was getting married,” he laughs, delighted at the respect paid to him and the band by the concert goers and players.

“There are three Japanese ceilidh bands, composed entirely of Japanese players, and I'm the honorary president of the Japanese uilleann pipers association,” he says. “They make genuine uilleann pipes there, they make genuine Irish harps there, they have fourteen St. Patrick's Day parades and two day-long Irish festivals. Does anyone know about that? We sold out three concerts and we had the Empress of Japan attend.”

Are you listening, Dublin? That means that Irish culture is doing more for Ireland's standing in Asia than all of our diplomatic and economic efforts combined. The Empress of Japan studied at Trinity College Moloney adds, she plays the Irish harp and she knows Irish history inside out. Our culture is how we colonize the planet.
Meanwhile, the musicians that Moloney has played with are a who's who of rock.

From Van Morrison to Ry Cooder to Bob Marley, from The Rolling Stones to U2, and he's unphased by all of it. Even David Bowie wanted to record with him. “In 1989 I was in Sydney and I was mixing an album we had recorded with James Galway and the Australian Symphony Orchestra. I was under pressure and I got a call that David Bowie would love to do something with you. I said I can't, can you not wait till I go back to Europe? It was his manager who stopped by. I wish it had worked out.”

But there haven't been many missed chances in Moloney's career. “When I started I wanted to do the same thing for traditional music that Tommy Makem and The Clancy Brothers had done for Irish folk. And we have!”

Although the reach of the Irish language was intentionally damaged by British colonialist policy in the 19th century, the path of Irish music is clear and unbroken. So it's time we understood just how powerful that enduring link is and no one embodies it better than The Chieftains gifted frontman.

Siobhan McKenna was a legendary Irish stage and screen actress and one of Moloney's closest friends. Before she died she had asked him to play the pipes at her funeral and he had agreed. “I was very emotional and I played until the last person left the church. When I looked around I discovered it was Seamus Heaney, standing behind me. It was a great compliment from him that he had waited until the very end.”

On March 10 you'll have a rare opportunity to appreciate the skill that one of the greatest Irish poets paid homage to when Maloney and The Chieftains play the Town Hall. For more information and tickets click here.