Olivia Rodrigo performs cover of "Nothing Compares 2U" in Dublin concert

Rodrigo, whose debut album "Sour" took the world by storm in 2021, played a sold-out gig at Dublin's Fairview Park on Thursday after playing in Cork's Marquee a day earlier. 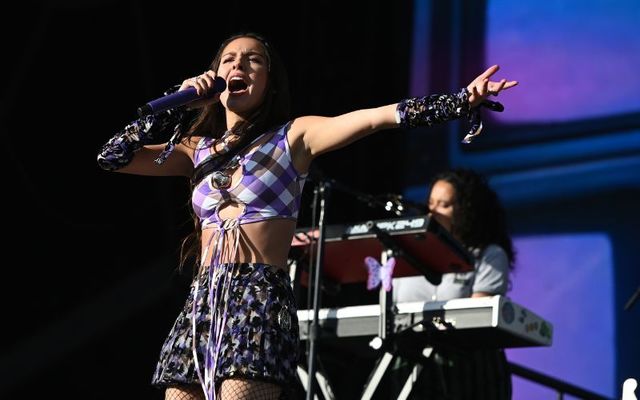 Pop sensation Olivia Rodrigo delighted her Irish fans with a cover of Sinéad O'Connor's "Nothing Compares 2U" at a sold-out concert at Dublin's Fairview Park on Thursday night.

Rodrigo, whose debut album "Sour" took the world by storm in 2021, played a sold-out gig at the Dublin venue after playing in Cork's Marquee a day earlier.

Her rendition of Nothing Compares 2U went down a treat amongst the 5,000-strong crowd on Thursday night.

The candid performance saw the 19-year-old sit on the side of the stage as she belted out the lyrics of the famous song.

Rodrigo took to Instagram to thank Dublin for the "most amazing show" after Thursday's concert.

Earlier in the week, Rodrigo was seen shopping in Brown Thomas on Grafton Street before popping into Gino's ice cream parlor for a crepe.

Aoibh Carroll, a Rodrigo fan who spotted the superstar in Gino's, recounted her experience on TikTok in a clip that has been viewed more than 170,000 times.

Rodrigo and English singer Lily Allen then performed a duet of Allen's song "F*ck You", which was dedicated to the judges who voted to overrule Roe v Wade.

olivia rodrigo at glastonbury name dropping the justices of the supreme court who voted to overturn roe v wade “we hate you” and then singing fuck you by lily allen to them yea that’s my girl. pic.twitter.com/BueiLOApNx

IrishCentral’s Book of the Month: “The President’s Letters” from Flor MacCarthy