Irish singer-songwriter Niall Horan helped Jimmy Fallon get in the Christmas spirit with a unique reading of "Twas the Night Before Christmas." 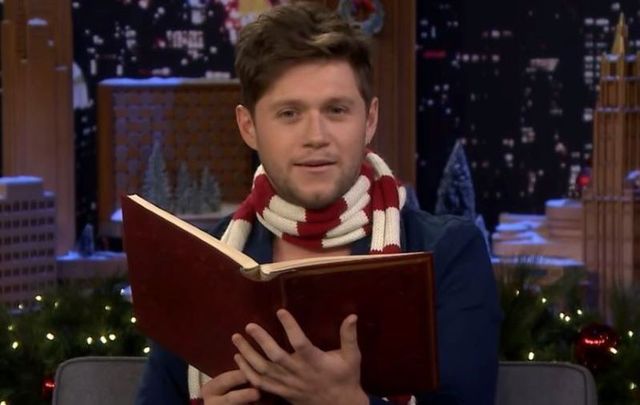 Niall Horan delivered a hilarious rendition of 'Twas the Night Before Christmas.'

Niall Horan and Jimmy Fallon are probably one of the best duos to watch having the chats on TV.

The ‘Nice to Meet Ya’ singer was on NBC’s The Tonight Show on December 12 to chat with Jimmy Fallon about his music, breakups, gearing up for his appearance on this week’s episode of SNL, and getting hit on by Lizzo.

But first, to get everyone in the holiday spirit, Fallon had Horan read the classic ‘Twas the Night Before Christmas,’ all while challenging the talented singer to read it in several different accents.

Niall didn’t hold back and delivered an equally impressive and hilarious reading:

Later in the interview, Horan revealed that his new album is due to be released in February or March. He’s recently released two singles as teasers - the upbeat and flirty “Nice to Meet Ya” and the more emotional “Put A Little Love on Me.”

While Horan's new music focuses a lot on relationships, the Irish man didn't mention whether or not he's dating anyone at the moment. He did, however, reveal that Lizzo, 2019's breakout superstar, shot her shot recently and, honestly, can you even blame her?

Check out Niall chatting about it here:

Are you looking forward to even more new music from Niall Horan? Let us know in the comments!