"My Father's Dragon," a new Irish animated film, will be on Netflix in November. 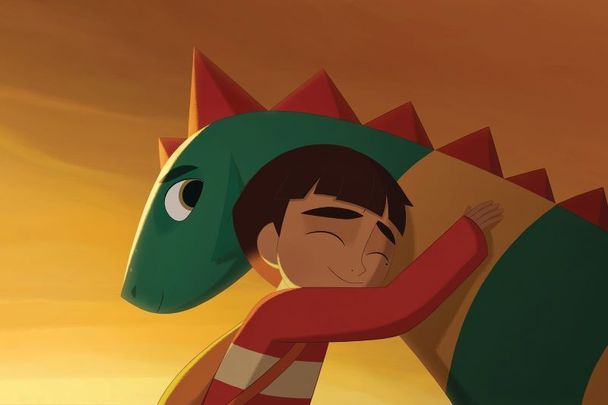 The new Irish animation "My Father's Dragon" is heading for Netflix. Netflix

Netflix has dropped the trailer for "My Father's Dragon," a new film from the Co  Kilkenny-based animation studio Cartoon Saloon.

"My Father's Dragon" will be streaming on Netflix from November 11, Cartoon Saloon has confirmed:

It's finally here!! Watch the trailer for My Father's Dragon. Well done to the whole team of Dragons for the amazing work they've done. Coming to Netflix on November 11th 🥳🥳 https://t.co/kBCOPVolsb

The Irish animation "My Father’s Dragon" is based on the Newberry Award-winning 1948 book written by Ruth Stiles Gannett and illustrated by Ruth Chrisman Gannett.

The film tells the story of a young boy called Elmer Elevator. The official Netflix synopsis states: “Struggling to cope after a move to the city with his mother, Elmer runs away in search of Wild Island and a young dragon who waits to be rescued. Elmer’s adventures introduce him to ferocious beasts, a mysterious island and the friendship of a lifetime.”

In the book, Elmer grows up to be the father of the book’s narrator — hence its title. Cartoon Saloon appears to be keeping this element of the story with the use of a voiceover framing device in the film.

"Our actors, animators and artists at Cartoon Saloon have worked together to craft this film, inspired by Ruth Stiles Gannett’s amazing book," said Twomey. "We were drawn together by a desire to tell a very special tale of friendship, adventure, and true bravery."

"My Father's Dragon" will premiere at the 66th BFI London Film Festival this month.