The beloved New York Times column of the same name is coming to a screen near you - here's what you need to know. 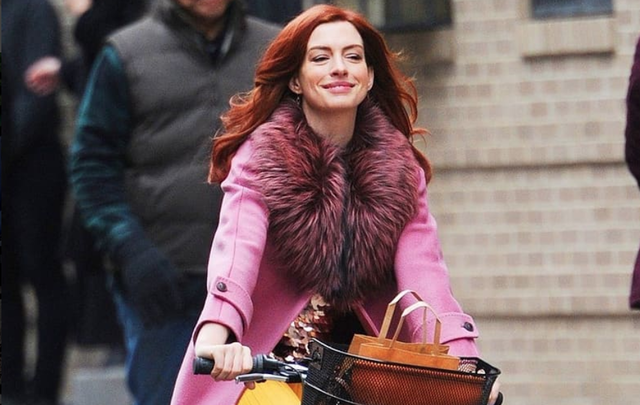 Anne Hathaway in a scene from an episode of "Modern Love" Instagram.com/AnneHathawayNews

The beloved New York Times column of the same name is coming to a screen near you - here's what you need to know.

Irish director John Carney, of "Sing Street" and "Once" fame, is to direct an impressive cast for Amazon Prime's take on "Modern Love."

The eight-part rom-com is based on the hit New York Times user submitted a column of the same name. Like the weekly column that has been running since 2004, the show will focus on the trials and tribulations of people in New York as they meander through relationships, both romantic and otherwise.

Read More: John Carney's "Sing Street" is an epic romance that strikes all the right chords

Can we all take a moment for this epic list of actors announced as the cast of Irish director John Carney's new US series #ModernLove for @Amazon!! Amazing news that Irish director Tom Hall & Spotlight member @SharonHorgan are also directing episodes!!  https://t.co/cOUtbqakJf

Carney told Deadline that the stellar cast lineup is like waking up in the "actor candy store."

"We've managed to assemble a dream cast of my favorite actors. It's a testament to the reach of the original column and of how, now more than ever, love is the only certainty."

A tv series based on the modern love column from the ny times with Sharon Horgan directing episodes ??!!!! I'm crying, who has been reading my dream list?????

Irish actor Andrew Scott (Jim Moriarty in BBC's "Sherlock") will also have a role in one of the 30-minute episodes.

John Carney’s Modern Love is coming to you some time in 2019 on Amazon. I got to adapt my episode from a beautiful story by Ann Leary and direct the insanely talented and downright fucking lovely Tina Fey and John Slattery in autumn in New York city. Was a really wonderful experience #modernlove @amazonprimevideo

Screenwriter and multi-faceted TV industry heavyweight Sharon Horgan will lend her hand to the project. The funny-woman will direct one installment of the series, which she also wrote, featuring Tina Fey and "Mad Men" star John Slattery.

This is sure to be a hit on Amazon Prime; in the meantime, whet your appetite with the 14-year-old column archives here.

Read More: Colin Farrell will break your heart in this Modern Love podcast