The feature film, which opened in Irish cinemas on September 2, has been panned by critics. 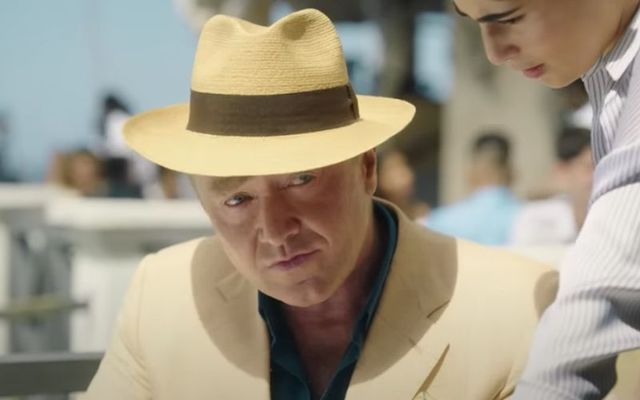 Paddy Power is offering unlikely odds of 50/1 on Michael Flatley's debut film "Blackbird" being nominated for an Oscar. The feature film, which opened in Irish cinemas on September 2, has been panned by critics.

The Irish bookmaker is also offering odds of 100/1  for the movie to win any Oscar at next year’s Academy Awards.

Closer to home, Paddy Power makes it 5/1 for "Blackbird" to be nominated at this year’s IFTAs with odds of 14/1 available on the film getting an award.

The Lord of the Dance star wrote, directed and financed the movie, in which he also stars.

Although "Blackbird" was briefly screened at London’s Raindance film festival in 2018, media were barred from the screening. The trailer for the movie finally dropped online earlier this year.

A synopsis of the film reads: "An MI6 operative named Victor Blackley turns his back on the agency after his fiancée is killed on a mission gone wrong.

"Sometime later, he finds himself as the owner of ‘The Blue Moon’, a prestigious hotel in Barbados that acts as a safe haven for international criminals to complete under-the-table dealings. Though, after years of turning his head to his guest’s business, he is pulled back into the world he left when a former agent connected to his past turns up as part of a small party, who have come to conduct business on his grounds.

"What begins as a chance encounter that reignites an old flame quickly becomes a life or death struggle to save not only those closest to him, but also the potential lives of millions throughout the world.”

Paddy Power has also included Flatley in its betting for the next James Bond, where he is currently at 200/1.

A spokesperson for Paddy Power said “Flatley may have been the Lord of The Dance but his early work would suggest that he’s set to flatline at the box office. It’s been a while since we’ve seen a film so universally panned and according to the odds, Flatley might have to be content with his millions and acclaimed dance productions. The poor guy.”

5/1 To be nominated for an IFTA

200/1 Michael Flatley to be the next Bond