Michael Fassbender and Alicia Vikander look like parents in Paris

The couple were spotted in a Paris airport with a baby, very much looking like parents! 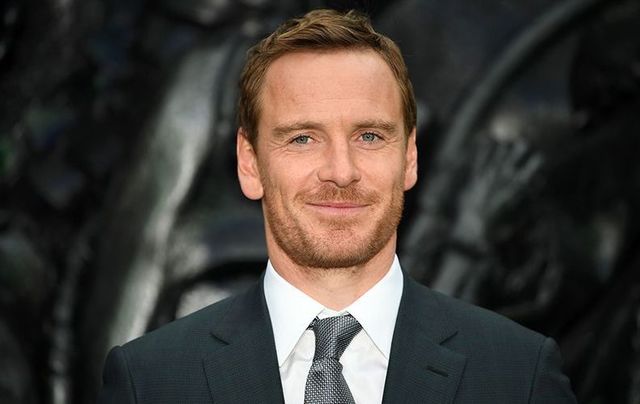 Michael Fassbender, the Kerry German star, is a Dad... we think. Getty

They go to great lengths to keep their relationship out of the public eye, and now it seems – SEEMS being the operative word – that Irish/German Oscar nominee Michael Fassbender and his Oscar-winning Swedish wife Alicia Vikander are parents.

The couple was pictured walking through Charles de Gaulle Airport in Paris last weekend toting a little one who seems to be a few months old, as he or she was holding its head up pretty well while in Alicia’s arms.  Michael, in a grey tracksuit, was right by their side, lugging some bags and wheeling the baby in a stroller when they got outside.

Alicia, 32, and Michael, 44, who married in October of 2017 in Ibiza with only family and close friends present, are in Paris while she shoots the new HBO series Irma Vep.  MF was on set last week holding a baby who was dressed in another green suit…so if we’re really going out on a limb, we’ll guess that Alicia gave birth to a baby boy.

Michael, who was born in Germany and raised in Killarney, Co. Kerry – his folks, who owned a restaurant in the town, still live there, and he’s a regular visitor – has been focusing on auto racing and, obviously, his family for quite a while now.  We’ll see him on screen in 2022 in Kung Fury 2 with Arnold Schwarzenegger, and Next Goal Wins with Elisabeth Moss.

The couple met in 2014 on the set of their film The Light Between Oceans in New Zealand.

In March of 2018, a few months after their wedding, Alicia told Vogue, "I feel I’m more happy and content than I’ve ever been…I think (Michael is) one of the absolute best actors I’ve worked with.

"Of course, he’d done more films than me, but immediately when we started to work together he was so open to wanting me to chip in new ideas and thoughts.

Michael is equally protective of their relationship, bluntly telling a reporter, "Each to their own. I'm not going to talk about my private life with a total stranger unless I feel like I need to. Why would I? I don't."