Alicia Vikander has opened up about her and her Irish hubby Michael Fassbender's journey to create a family and how they coped during the pandemic. 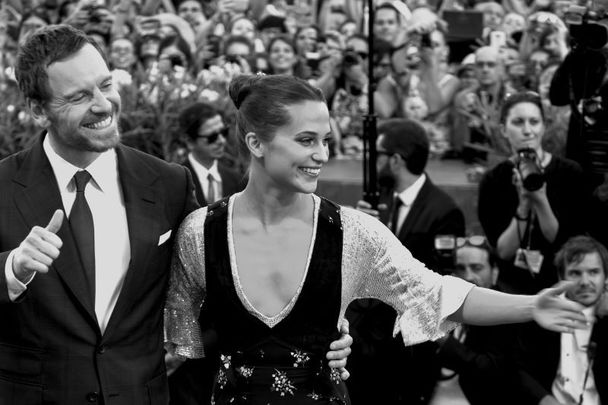 September 2, 2016: Michael Fassbender and Alicia Vikander attend the premiere of 'The Light Between Oceans' during the 73rd Venice Film Festival at Sala Grande in Venice, Italy. Getty Images

Oscar-winning actress Alicia Vikander doesn’t usually open up to the press about her personal life, but she shed some light on the happy home she shares with Irish/German husband Michael Fassbender and their little son who was born last year.

He’s a year old now, according to a new interview with Alicia in Harper’s Bazaar, but motherhood didn’t come easy. She suffered a miscarriage before getting pregnant, and at one point she wasn’t sure parenthood would happen for her and Michael.

“I tried to get pregnant for a while,” 33-year-old Alicia said. “So I had tough times during lockdown. I struggled for a while. And I kind of stopped and thought, ‘Am I going to talk about this?’ But I think it’s universal and so many women go through similar things. And it’s tough.”

Alicia and Michael, 45, spent the first part of the pandemic at their home in France’s Basque region and they quickly fell into a routine that they loved.

Lockdown, she says, “was a chance for my husband and me to be at home, just cooking. We had a routine. We worked and we met up with five other families on Zoom and worked out Monday to Friday together."

Alicia was back on the job last year, filming a new series for HBO called Irma Vep which will soon debut. There were lots of paparazzi pix of herself and Michael in Paris at the time holding a tiny tot. Last September, she confirmed to People magazine that she and Michael became parents.

"In my little family, with my husband and my child, we travel together, always. That’s the rule. We do jobs so one of us can always be with the baby,” she said.