Michael Bublé, Christy Dignam, and Kodaline are part of tonight's star-studded line up for RTE's The Late Late Show. 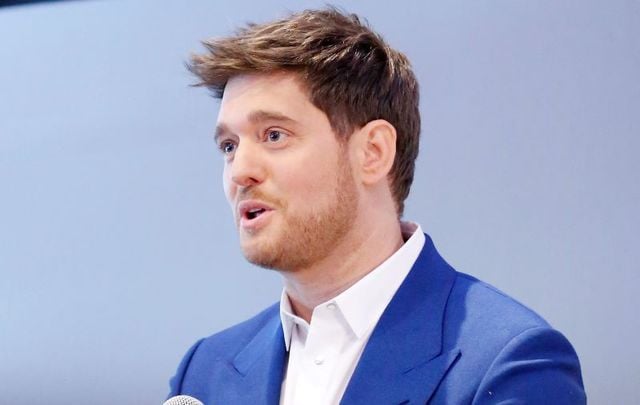 Michael Bublé and Aslan frontman Christy Dignam will be appearing on the Late Late Show tonight as part of a star-studded line-up.

Michael Bublé will be joining host Ryan Tubridy remotely to discuss isolation with his family and the problems facing the music industry during the COVID-19 pandemic.

Dignam, meanwhile, will be discussing the recent passing of his father after he contracted COVID-19.

Two other household names in the Irish music industry will also be appearing on Friday's show - Kodaline will be in-studio to perform their new single in addition to a special performance of their popular song "High Hopes", while Dublin singer Imelda May will be joining Tubridy to talk about the upcoming release of her new poetry EP. May will also give her debut spoken word performance on the show.

Irish radio presenter Eoghan McDermott will be joining Tubridy in-studio to shave his head in aid of the Julian Benson Cystic Fibrosis Foundation.

Julian Benson is a judge on the Irish edition of Dancing With The Stars who suffers from Cystic Fibrosis. The dance judge will also be joining Ryan Tubridy via Skype on Friday night.

Famous Irish hoteliers John and Francis Brennan will also appear on Friday's show to talk about the changes to the Irish hospitality sector in the aftermath of COVID-19.

Irish Guide Dogs, a charity that trains dogs to help the blind, will also feature on the Late Late Show and Ryan Tubridy will be catching up with one puppy, Fayla, who made quite an impression on the show back in February when she appeared alongside Irish soccer legend Roy Keane.