WATCH: Metallica cover “Whiskey in the Jar” in Brazil

Metallic first covered the Thin Lizzy version of the famous Irish song "Whiskey in the Jar" in 1998 and included it on their album "Garage, Inc." 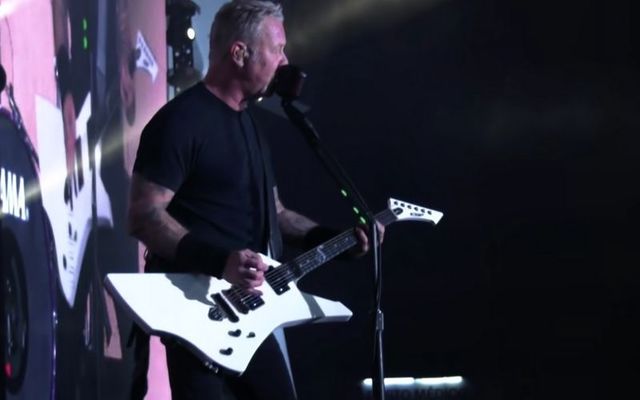 The legendary heavy metal band Metallica performed a rousing cover of the famous Irish song "Whiskey in the Jar" at the group's concert at Estádio Couto Pereira in Curitiba, Brazil, on May 7.

The group first covered the Thin Lizzy version of the famous Irish song in 1998 and included it on their album "Garage, Inc."

They also covered the song when they rocked Slane Castle in June 2019, honoring Ireland's most successful hard-rock export.

"Whiskey in the Jar" first gained international exposure as a traditional Irish folk song when The Dubliners performed it during concerts at home and abroad.

The song reached new heights when Thin Lizzy repurposed it as a rock song in 1973. Sung by Phil Lynott, the Thin Lizzy version achieved commercial success both nationally and internationally, charting at number one on the Irish charts and reaching number six on the UK charts. It also reached the top 20 in both the German and Dutch charts.

Metallica, meanwhile, reached number 17 in Ireland with their own version of the song in addition to charting in the top ten in several European countries.

The group also reached number one in the UK Rock and Metal charts in addition to reaching number four in the US Mainstream Rock charts.

Metallica's May 7 concert in Curitiba was the group's fourth of their South American tour, which kicked off in Santiago, Chile, at the end of April.

The group will be performing just two stadium concerts this summer, including an August 11 show at the Highmark Stadium in Buffalo and an August 14 date at PNC Park in Pittsburg.