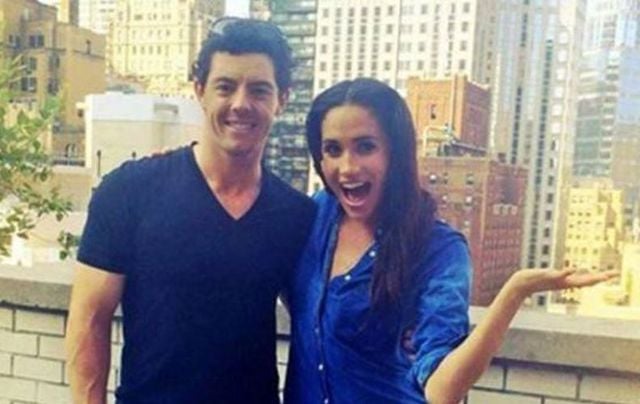 Who should be dress shopping for the British royal wedding? Speculation on Meghan Markle’s wedding guest list already includes some big names.

Irish golfer Rory McIlroy looks set to get a mention on the upcoming Meghan Markle royal wedding guest list, especially after helping her out with her ALS ice bucket challenge a few years back.

Markle and McIlroy have been friends since 2014. It was around that time that McIlroy  nominated Markle for the ice bucket challenge and then helped her to undertake challenge.

Awesome to help @meghanmarkle take on the #ALSIceBucketChallenge today!! Such a good sport! pic.twitter.com/29DhHys4sQ

“We had a blast and shot it on the roof of my best friend’s apartment,” the "Suits" actress, who is of Irish descent, explained. Little did McIlroy know then that he'd be throwing cold water over a future duchess!

McIlroy, 28, is not the only big sporting name linked with a potential invite to the British royal wedding.  David Beckham is also expected to make an appearance alongside his wife Victoria. Serena Williams and Markle's "Suits" co-stars are also certain to get special access to Windsor Castle when Markle weds Harry next year.

The couple are tying the knot in the same location where the English prince was Christened.