As Ireland of the Welcomes celebrates 70 years in print, we look back at the incredible articles including this interview with the "Quiet Man" star. 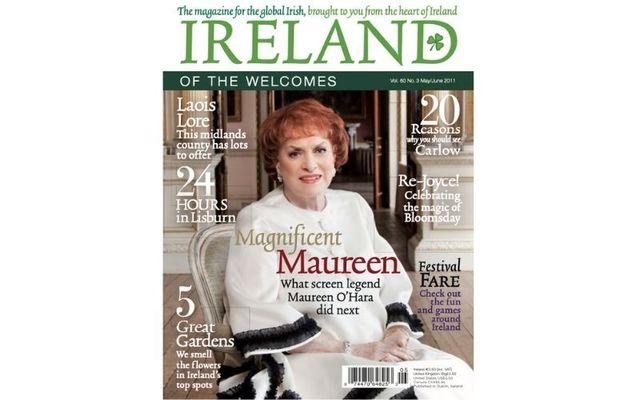 The magnificent Maureen O'Hara on the cover of Ireland of the Welcomes, the May / June issues, in 2011.

Dublin Hollywood royalty, Maureen O'Hara speaking to Ireland of the Welcomes in 2011, on working with Charles Laughton and the totally "Irish" John Forde on location in Ireland.

Subscribe to Ireland of the Welcomes bi-monthly magazine here

Editor's note: Maureen O'Hara, best known for her role in "The Quiet Man", sadly passed away in 2015. As Ireland of the Welcomes looks back on its 70 years in print we're blessed to be able to bring you extracts from an interview taken by Sean Carberry with the O'Hara back in 2011. This article has never before been published online.

Just four years before the Dublin-born star passed, Carberry's interview showed that she still had "that feisty quality that marked her out as one of Hollywood’s biggest stars."

He writes "Maureen O’Hara is clearly unstoppable. In the course of her acting career, which took her from the stage of the Abbey Theater through 63 movies over six decades, she has always displayed that feisty quality that captured millions of fans and even tough old buzzards like director John Ford."

"Maureen spoke about her first major film role in the 1939 classic, 'Jamaica Inn', which was directed by Alfred Hitchcock and produced by Charles Laughton. She struck up a friendship with Laughton, who also starred in the movie, and far from the intimidating presence he portrayed on screen, he was, she said, a true gentleman in real life. 'He was an absolute sweetheart, gentle and kind to everyone.' 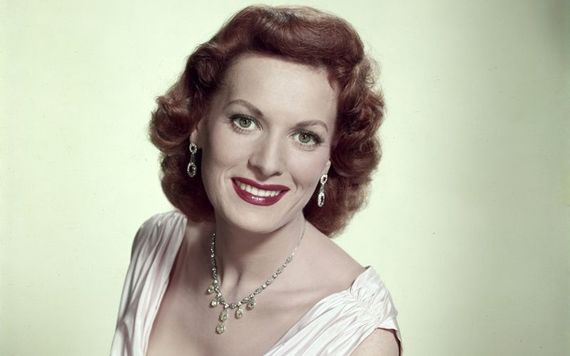 "Laughton picked her as the leading lady for 'The Hunchback of Notre Dame' the following year, which brought the young lady to Hollywood - accompanied by her mother.  It was Laughton who changed her name from Fitzsimons to O’Hara, as she stood on the brink of stardom.

"Another major step forward for Maureen was her role in 'How Green Was My Valley', directed by the inimitable John Ford, whose father was born in Spiddal, County Galway. 'John was so Irish,' Maureen recalls, 'when he’d go to Dublin he used to stay at our house.' He was also one of the hardest taskmasters in the business, and his methods were not for the faint-hearted.

"'He was tough, mean, and nasty, he could kill you. But on your way home, you said to yourself: ‘By God, I’m good. They should appreciate the brilliant actress I am,’ and it was all thanks to the confidence he gave you, while he was cutting you up into little bits.'  The 1941 movie went on to be nominated for ten Academy Awards and won five, including Best Director." 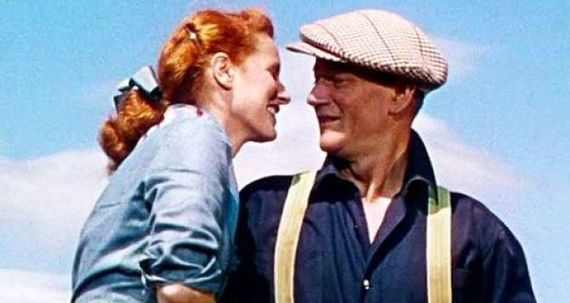 Maureen O'Hara and John Wayne in "The Quiet Man".

Some of Maureen O'Hara's biggest successes came from working with Ford and John Wayne, starting with "Rio Grande" in 1950.

"'Ford likes us because we were very professional, we weren’t movie stars, we were working actors. All of the big actors worshipped the ground he walked on but would like to have killed him too because he was so tough and mean. You had to be able to work with him, and if you were, you couldn’t wait to again. But he was a bastard. Mean as hell.'

"Bastard or not, enduring movie magic was made in 1952 with 'The Quiet Man', an all-time classic which has also contributed mightily to the growth of Ireland’s tourism industry (and does to this day). While both Ford and Wayne are now dead, their memories are clearly fresh in Maureen’s mind, and part of her Legacy Center will include memorabilia of Big John provided by his daughter-in-law Gretchen Wayne.

"But there’s one secret involving John Wayne that Maureen maintains a monastic silence about, and it’s to be seen in the last minute of 'The Quiet Man'. She’s whispering something into the Duke’s ear, which provokes a strong reaction of surprise and pleasure from him. Apparently, John Ford had told her what to say, in order to get that certain reaction, but what was said has never been told. And the lady’s not talking."

Subscribe to Ireland of the Welcomes bi-monthly magazine here