The Irish mother/daughter duo have teamed up to record the song to raise money for Women’s Aid. 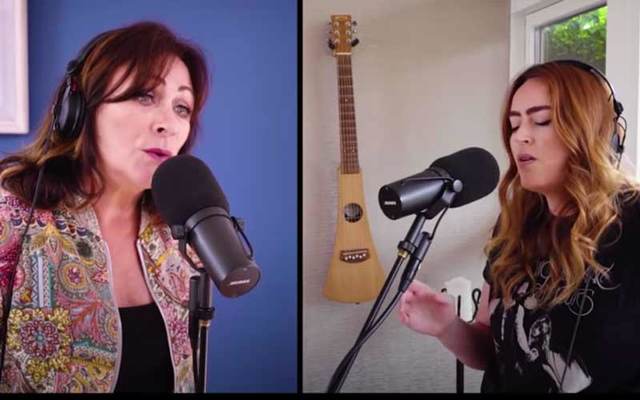 Irish folk singer Mary Black and her daughter Rósín have recorded a cover of the classic song “No Frontiers” to raise funds for domestic abuse charity Women’s Aid.

Rósín (who goes by Róisín O professionally) posted on Instagram: “I don’t often post videos of me and Mam singing together but when I was asked to do this one with her and all these other amazing women, for such a brilliant cause, I couldn’t say no. No Frontiers is a song that women of all ages come up to me telling me it meant so much to them growing up... It means so much to me too, it’s my amazing Mam in a nutshell!❤"

“@tg4tv did an amazing job of putting this together in aid of @womens.aid ... a charity that is greatly in need right now. It was an honour to sing with all the women involved... if you can, please text ACTION to 50300 to donate €4 to Women’s Aid."

It is clear that Black, who was born into a musical family in Dublin, passed on her incredible talents to her daughter.

Read More: On this day: Irish singer Mary Black born in Dublin in 1955

Róisín, 32, in one of three children Black, 65, has with husband Joe O’Reilly, of Dara Records. They also have two sons, Conor and Danny.

Danny is a member of the band The Coronas, while Róisín is working on a solo career. She released her debut album “The Secret Life of Blue” in 2012.

Róisín has previously supported her mother on stage and sang backing vocals on some tracks.