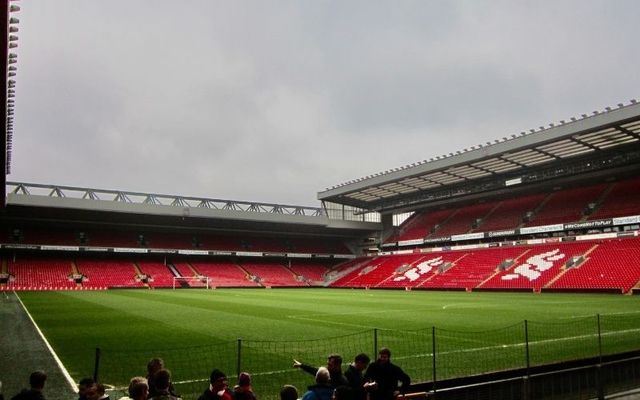 Anfield stadium is one of the most famous grounds in world soccer. Ank Kumar/Wikimedia Commons

Gaelic football and hurling could be making their debuts at Liverpool FC's historic Anfield stadium as the famous English soccer club looks to increase the capacity of the venue.

Liverpool FC first raised hopes of hosting GAA matches at Anfield in November 2019 and the issue has resurfaced shortly before Liverpool City Council meets to discuss planning proposals for the Anfield Road End of the stadium.

FSG are currently seeking to expand Anfield's capacity from 53,000 seats to 61,000 and are also applying for permission to host other team sports in the stadium, according to a Liverpool City Council document.

"This would allow for other sporting events, such as Gaelic Games or American football, to take place, typically during breaks in the football calendar. The club has advised that this would be estimated to be only around two to three times per year," the document said.

However, the GAA say that they have not been consulted over plans to host matches at Anfield, according to the Irish Examiner.

The GAA has previously held Super 11 exhibition hurling matches in Boston's Fenway Park and New York's Citi Field. The games took place on a soccer-sized pitch and were held in the baseball off-season.