Seven-year-old Max got to dress up as Ragnar and meet the cast and crew of the hit show. 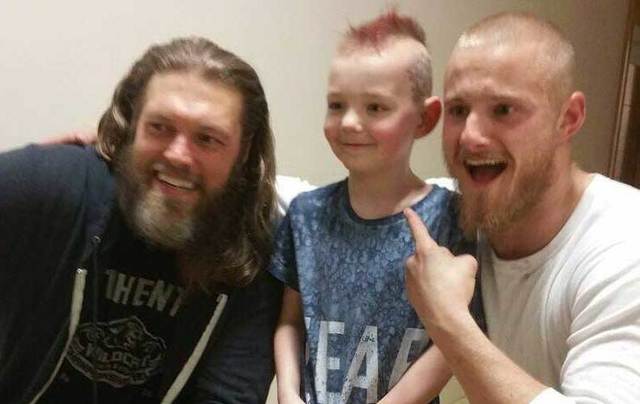 The cast and crew of the hit show Vikings helped grant the wish of a 7-year-old Irish boy with stage 4 cancer.

Max’s wish was to be Ragnar, the main character on the show, which is currently filmed in Ireland. The Vikings cast and crew decided to help him out by bringing him on set.

I had the privilege to meet this warrior today. Little Max has been battling stage 4 cancer and his big wish was to be King Ragnar for the day. Max, your courage inspires us all! 😘#aoibheannspinktie

Max was turned into mini Ragnar with a Vikings costume and hair and make up done up by the show’s crew.

He also got to meet many of the actors from the History Channel series and Skyped with some others.

MAX- 7 years old, fighting cancer for five years, still has the energy to kick my ass. Bjorn Ironside’s got nothing on you my dude! loved having you and your family on set and hope you’re getting ready for round two because I’m gonna be training!! #kingmax #realwarrior

Read More: Miracle Dublin child, stricken with cancer, makes it to her confirmation

Max is part of Aoibheann's Pink Tie Foundation, an organization similar to the Make-a-Wish Foundation in the U.S.