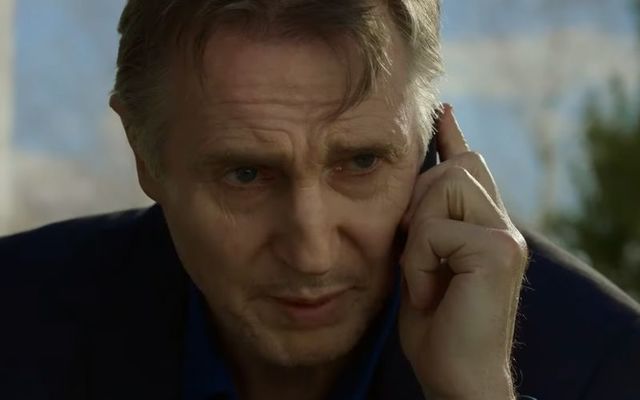 Irish actor Liam Neeson, 70, says he only takes parts now that reflect the reality of his age.

“I’m still offered parts where it will say, ‘here’s the character, Joe Blow, he’s 50 years of age’. No, he’s not. If you want me, he’s got to be 70, or in his late 60s. You can’t cheat audiences. They just know,” Neeson told The Sydney Morning Herald.

In "Memory,"  Neeson plays an expert assassin suffering from rapidly progressing Alzheimer’s disease. The illness forces him to scrawl reminders of his target details on his arm in case he forgets.

“I put a lot of research into it,” said Neeson. “It was fascinating and quite horrific at the same time. I have a friend in his early 50s back home in Ireland who’s got early-onset, and my god it’s horrible, just horrible.”

The film, directed by Martin Campbell is a remake of a 2022 Belgian movie, "The Memory of a Killer." The film also stars Guy Pearce, who plays an El Paso cop pursuing Neeson.

Neeson said he wants his work to reflect the reality of his current stage of life.

“You become aware of your mortality,” he said. “You think about friends you went to school with, or actors you acted with a number of years ago, and you look them up on IMDB and you find they died last year or two years ago. That’s happening more and more, you know.”

He added: “I come from a nation of storytellers, and without blowing smoke up Ireland’s arse, we’re renowned for it, and I’m kind of proud of that and I want to keep that tradition going. And part of that is facing one’s age. I want to face my age on screen. I really do.”

“I try to keep reasonably fit and keep engaged with humanity and what’s happening in the world and try and do your bit to change it if it’s applicable,” he said.

“All that stuff that goes with age, it did frighten me at one stage. But you just have to accept it and carry on.”

Released in US theaters earlier this year, "Memory" is now on Amazon Prime Video.