"The Marksman," starring Neeson, will be released in January. 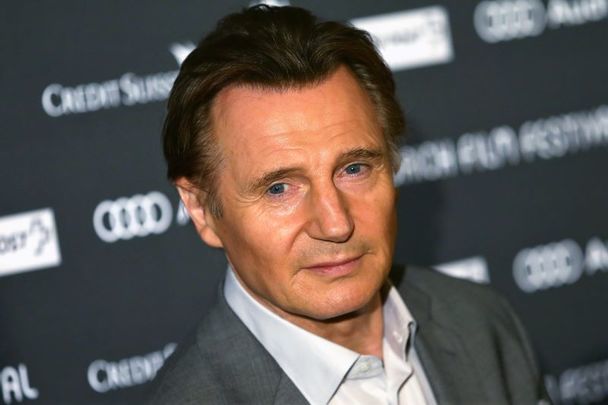 Irish actor Liam Neeson takes on the role of an ex-Marine rancher battling Mexican drug cartels in the upcoming film “The Marksman.”

The first trailer for the film was released on Dec. 3 and shows the “Taken” star using his “particular set of skills” in this latest action thriller directed by Robert Lorenz.

In the film, the 68-year-old actor plays Marine Corps veteran Jim Hanson, who gets pulled into a cartel dispute on the U.S - Mexico border. Hanson must defend a young Mexican boy named Miguel and his mother as they are chased by violent cartel members.

Early in the film, Hanson, a former sharpshooter, must make a choice either to give in to the bad guys' demands or take a stand.

In a scene reminiscent of the "Taken" films, the trailer shows Neeson, with a rifle in hand, telling the cartel members:

“I was in the Marine Corps. So I suggest ya’ll turn around and adios.”

Of course, the gang members do not "adios" and a shooting battle ensues. The woman is killed in the crossfire, and Hanson promises to protect the young boy and get him to his family in Chicago.

According to ScreenRant, “This premise indeed sounds straight out of the Neeson playbook, as it sets him up as a man who just wants to settle into a quiet life, who against his will is called back to action...Maybe one day one of Neeson’s characters will finally get to settle down and relax, but that time clearly hasn’t arrived yet.

Watch the trailer below: