As father and son, Liam Neeson and Micheal Richardson, start into their second movie together the Ballymena star speaks about being moved by the emotional script for his upcoming flick "Normal People". 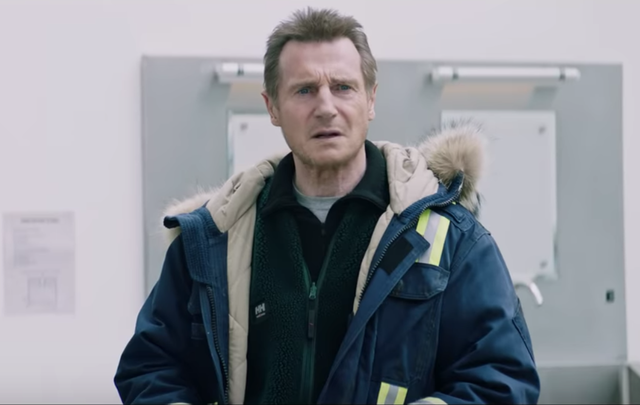 As father and son start into their second movie together Neeson speaks about being moved by the emotional script for his upcoming flick "Normal People".

“Taken” badass Liam Neeson will return to the comedy genre starring alongside his real-life son, Micheál Richardson, who will play his offspring in the movie also.

The “Love Actually” actor will portray an artist who is estranged from his son Jack (Richardson), and the plot follows the pair as they are forced to put their differences aside to head to Italy to sell the home owned by the Irish star's character's late wife.

The film was initially meant to star Neeson's 'Love Actually' co-star Bill Nighy and Jack Lowden, but they had to pull out due to scheduling conflicts.

Neeson is also appearing alongside his son in the forthcoming thriller 'Cold Pursuit'.

Meanwhile, the actor recently admitted he cried when he first read the script for 'Normal People' and instantly "knew it was special".

Neeson "knew" he had to play the role of Tom because it was a diverse script, written by the playwright Owen McCafferty, that didn't need any editing because it was "special".

He said: "I went straight through this one. I knew it was special. The subject matter is heavy but it's a beautiful love story. It's invested with Irish humor and it made me cry a little. I knew I had to do it.

"We changed very, very little on Owen's script. From my experience, the only other film I can think of where virtually nothing changed in the script was 'Schindler's List'. It was ready to shoot the next day."

'Normal People' is a love story about a long-married couple named Tom and Joan - played by Lesley Manville - whose lives are thrown into turmoil when she is unexpectedly diagnosed with breast cancer.

The pair faces challenges when they seek treatment and the threat of what their future will be.

Liam immediately knew that Lesley should be cast as Joan as soon as he read the film's script, and he subsequently called his agent to make sure she could read it.

She admitted: "It was a very emotional script to read, I cried a number of times."

Liam also related to the script because he had "four relatives" who suffered from the disease.

Neeson shared: "I've had four relatives who have died of cancer, three of them of breast cancer over the last few years.

"I'm very aware of it. People still whisper about cancer. But why do we speak in hushed tones about a disease which is so prevalent and attacks so many we know?

"We're all one degree of separation away from this experience. Millions of women go through this particular cancer (it's so important they are regularly tested for it)."

Will you be watching these upcoming Liam Neeson movies? What's your favorite movie by the Irish star? Let us know in the comments section below.