Liam Neeson reads Patrick Kavanagh’s “In Memory of My Father” 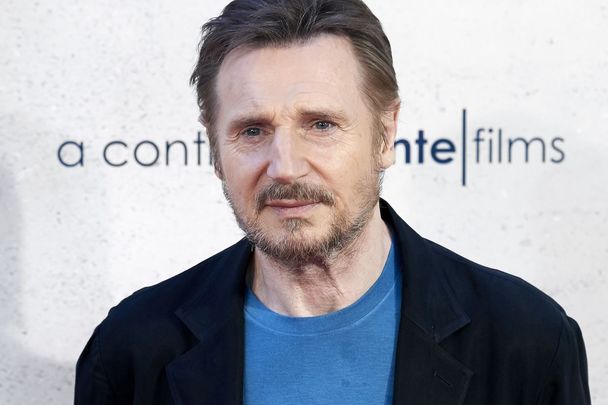 Originally released in 1964, "Almost Everything…" features the only recording of Patrick Kavanagh reading his most celebrated poems. This reimagined version of the album features the original recordings alongside selections of Kavanagh's poetry set to music and read by Bono, Hozier, Imelda May, Liam Neeson, Jessie Buckley, Aidan Gillen, Lisa McGee, Lisa Hannigan, President Michael D. Higgins, Aisling Bea and more.

Liam Neeson's recording of "In Memory of My Father" is truly moving.

Speaking about the poem Neeson said "The poem is deceptively simple,.

"It is very touching and it always reminds me of my deceased Daddy."

Patrick Kavanagh's "Almost Everything…" will be released by Claddagh Records on Sept 23, 2022. For more visit CladdaghRecords.com.

Patrick Kavanagh, born in Monaghan, was an Irish poet and novelist best-known for works including the novel "Tarry Flynn", and the poems "On Raglan Road" and "The Great Hunger". He is known for his accounts of Irish life through reference to the everyday and commonplace.

The contents of the albums are stunning. Bono reads "On Raglan Road". Liam Neeson reads "Memory of My Father". President Michael D. Higgins reads "Stony Grey Soil". We could go on. The second disc in the collection is solely recordings of Patrick Kavanagh.

Below find the full text of Patrick Kavanagh's "Memory of My Father".

Memory of My Father

Every old man I see
Reminds me of my father
When he had fallen in love with death
One time when sheaves were gathered.

That man I saw in Gardiner Street
Stumble on the kerb was one,
He stared at me half-eyed,
I might have been his son.

And I remember the musician
Faltering over his fiddle
In Bayswater, London.
He too set me the riddle.

Every old man I see
In October-coloured weather
Seems to say to me
"I was once your father."