Liam Neeson’s action hero career continues with The Commuter, a thriller on a train

The trailer for Liam Neeson’s brand new action movie, “The Commuter” has been released. 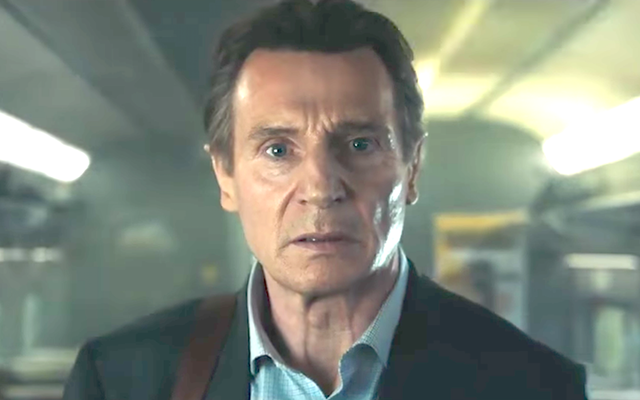 Still of Liam Neeson from "The Commuter" trailer.

The trailer for Liam Neeson’s brand new action movie, “The Commuter” has been released and the actor from Antrim plays Michael - a character asked to do “Just one little thing” for a sum of money with consequences that spiral out of control

On the face of it Michael is an ordinary suburban Dad who commutes by train to his job but a chance encounter with a fellow passenger changes his mundane journey into a life-changing day.

Michael faced with a life and death dilemma countless heroes have faced over the centuries: to save his family but checking to see if one of his fellow passengers is a dangerous risk.

Directed by Spaniard Jaume Collet-Serra, The Commuter is reminiscent of other well-known transport based plots - such as Snakes On A Plane or Murder On The Orient Express.

“They're still throwing serious money at me to do that stuff,” Neeson previously told Sky News.

Then at the premier for his Watergate thriller, “Mark Felt: The Man Who Brought Down the White House”, Neeson recanted.

“It’s not true, look at me! You’re talking in the past tense. I’m going to be doing action movies until they bury me in the ground. I’m unretired,” he said.

So it looks like we can look forward to more Liam Neeson thrillers for some time yet!