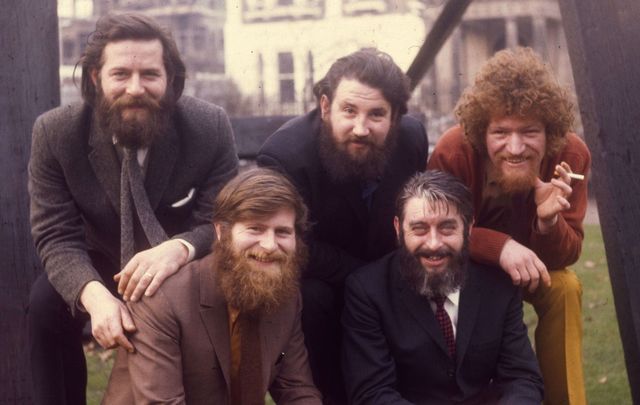 The Dubliners circa 1970 Getty

Luke Kelly of The Dubliners is set to be honored with his own statue in Dublin next year.

Read More: Remembering The Dubliners' Luke Kelly on his birthday with his most loved songs

A bust of the legendary Irish singer will be unveiled in late January on Guild Street on the Northside of Dublin, around the area where Kelly was born and raised.

The effort to commemorate the famous singer has been long-fought and was primarily led by Dublin City Councillor Christy Burke, who was a longtime friend of Kelly.

On Facebook, Cllr Burke said: "Some brilliant news not only for Sheriff st area but all the Luke Kelly fans throughout the world”

Some brilliant news not only for Sherrif st area but all the Luke Kelly fans throughout the world, After motion I put in...

“I put in with DCC and working with Luke's family, Luke's statue will be erected on the 30th of January Guild st, Time tba.”

“This is definitely one of the proudest moments in my political career and I would sincerely like to thank Luke's family and all my fellow councillors for their support.”

“He will surely be very proud today. Luke was a close friend for many years and today has brought a tear to my eye.”

Speaking with the Irish Examiner, Cllr Burke added: "It's a sculpture piece of a head with the beard and the red curly hair and I have no doubt it's an emotional day for the family (and) the fans.”

Read More: 60-years-old this year, the tales behind "Take me up to Monto"

"Let's all be honest about it - Luke deserves that and more. (He is) a legend, a master, an ambassador (and) a great musician."

Luke Kelly died in 1984 at the age of 43. His funeral was attended by thousands, and he is now laid to rest in Glasnevin Cemetery in Dublin.

Below, check out this performance of 'On Raglan Road' by Luke Kelly and The Dubliners in 1979:

What's your favorite Luke Kelly performance? Let us know in the comments!