“The Irish would always prefer you come home a failure,” O’Donnell claims, stating that the Irish just didn’t have the “vocabulary for success.” 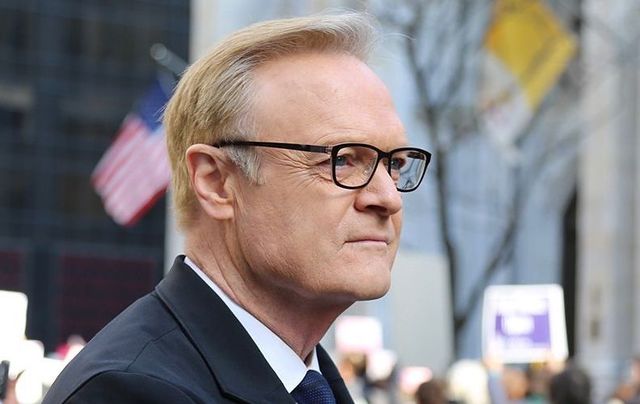 The Irish American MSNBC host Lawrence O'Donnell speaks of what he believes is the Irish love of failure claiming “success was a new experiment” among the Boston Irish. WikiCommons

Irish American MSNBC host Lawrence O’Donnell has claimed that the Irish had “no vocabulary for success” during his childhood in Boston, giving an intriguing and honest insight into the city’s Irish community with the WTF with Marc Maron podcast.

While also speaking about the racism and alcohol abuse he witnessed growing up among the Boston Irish, the 66-year-old host of “The Last Word with Lawrence O’Donnell” spoke in some detail of his perception of the Irish as a people and a culture who struggle with accepting success, despite the many Irish success in America stories we are now all too fond of sharing.

He claims the Irish have “every word for the failure” but “no vocabulary for success,” continuing to mention that he believed the Irish Americans he grew up with were very suspect of the success of a person within their own community, believing any success story to be all down to luck and something that is sure not to last for too long.

In particular, he reveals in the podcast how as a 13-year-old he heard famous Irish-American actor Carroll O’Connor stating that “the Irish would always prefer you to come home a failure.”

“My whole culture in a sentence,” O’Donnell tells Maron. “It’s the whole things right there.”

Asked by Maron why that was the case and whether it was to do with Irish history or because of the Irish relationship to Catholicism, O’Donnell responded by explaining that “success was a new experiment to the Irish at the time,” himself and his brothers being first-generation college graduates and being among the first breaking out from the traditions of careers as policemen and firemen.

“It takes a while you know. You don't immediately adopt the values and the framework of this, the academically successful world, just because okay now you kids get to go to high school,” stated O’Donnell.

He claims, however, that he will still use this experience of growing up in an Irish community as an excuse sometimes to explain his own actions and thoughts.

Lawrence O'Donnell gave a very frank interview on the failures of the Irish in the US.

“I’ve got a lot of poisoned DNA in me and stuff, you know, from my neighborhood. that I use now as an excuse for the way I am.”

Maron had some kind words for the people of Ireland himself, although this was offset with his own history with the likes of the Boston Irish communities in America, which O’Donnell highlights as places where anti-Semitism and other forms of racism were rampant.

“I was just a sensitive Jewish kid in the middle of Irish townies everywhere and I grew to like them,” Maron says on his podcast.

“I go back now and there's nothing more unique than the indigenous population of Boston. It's true there's nothing like it and for a while there it was terrifying and now I kind of romanticize it but you know I go to Ireland and I don't have any of it. I feel so comfortable in Ireland. I'm a Jew and I'm like this is the greatest place. It's so green and these people are so humbled by history and sort of sweet and melancholy but not nasty.

“How do you explain that gap?” Macron asks O’Donnell of the difference between that and the harsher, scarier attitudes he faced from the Irish in the US.

“I have pondered it my whole life,” O’Donnell answered, remarking that when he was younger, the Lord Mayor of Dublin was Jewish, something he could never imagine happening in Boston until very recently, placing some of the blame on these Irish communities and neighborhoods where you were ranked on toughness and even children as young as ten years old were getting drunk at weekends.

The Irish-Americans working for Trump disgrace their heritage. via @nytimes https://t.co/rbSSnq3QSk

This is not the first time that O’Donnell has spoken out strongly against his fellow Irish-Americans, however, last St. Patrick’s Day calling those within Trump’s White House “disgrace their heritage” and heavily criticizing White House Chief of Staff General John Kelly just last month for the manner in which he spoke about a black Congresswoman.

“It was a neighborhood in which calling someone who looked like Frederica Wilson an empty barrel was the kindest thing that would have been said about her. Desegregation came very painfully to the Boston schools, long after John Kelly finished high school, and the pain of desegregating Boston schools was visited entirely on the students who looked like Frederica Wilson.

What do you reckon of O’Donnell’s take on the Boston Irish community and its anti-Semitism, racism, alcohol abuse, and love of failure? Spot on or extreme? Let us know your thoughts in the comments section, below.