Irish woman Laura Madden, one of the original accusers of Harvey Weinstein, will appear on The Late Late Show on Friday. 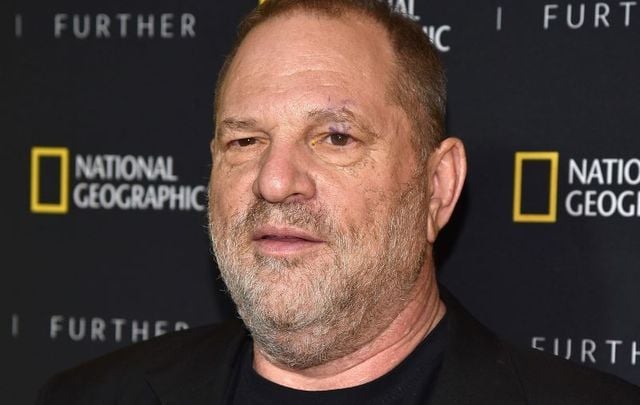 The native of Co Monaghan was one of the first people to go public with her accusations of sexual assault against Weinstein, a pillar in the Hollywood community before his fall from grace in 2017.

Read More: Irish producer goes public on how Harvey Weinstein abused her in a Dublin hotel

Goss reports that Madden was included in the now-famous New York Times story that exposed Weinstein and his misconduct.

The Irish woman worked alongside Weinstein in the early 1990s, first meeting him during the filming of "Into the West," which starred Irish man Gabriel Byrne.

Madden accuses Weinstein of demanding massages in Dublin and London hotels, beginning in 1991.

She previously said in the Channel 4 documentary ‘Working with Weinstein:’ “I think my first introduction to him was going into his hotel room.”

These are the women who worked for Harvey Weinstein and say they endured his advances and bullying for years in silence.

"She came to me and told me he had attempted to rape her." These are the women who worked for Harvey Weinstein and say they endured his advances and bullying for years in silence.

“I remember going into the suite, where he was, and being surprised to see room service had been ordered and there was a bottle of champagne.

“He asked me to come and sit down, and then told me what a wonderful job I was doing, and how he wanted me to work for him in London.

“It was exciting, it was great and it was going to be my next step after this film."

She then went on to say that the conversation quickly turned from "a conversation about a profession" to him being tired and asking her for a massage, which he assured Madden was a “very normal” request.

“There were constant new requests, like ‘let’s have a shower.’

“I remember going into the shower with him and at that point remember feeling completely out of my depth and horrified and crying.

“I asked him to let me go and he did, I remember putting my clothes back on and I left. I then rang my parents and told them what happened. My dad just wanted to drive up and confront him.

“I felt more to blame. Obviously, it was his problem but I took… I felt responsible, and humiliated by it.”

The Late Late Show, hosted by Ryan Tubridy,  will Friday, September 20 at 9:35 pm on RTÉ One in Ireland.