LeBron James just became becoming a partner in Liverpool owners Fenway Sports Group but do you know how he started out in his NBA career? 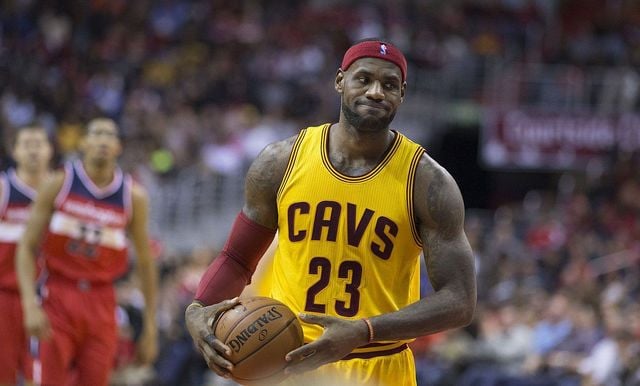 The NBA superstar, a Liverpool fan, has just invested in the football club's owners, Fenway Sports Group, but did you know that technically the basketball star was once a Fighting Irish team player?

Did you know that the basketball giant, LeBron James, learned the game at a school whose teams were known as the “Fighting Irish” and which was founded by Irish priests?

Arguably the best basketball player in the world, the 33-year-old player, LeBron James, is now entering his 16th season with the NBA having played for the Cavs for 11, with a four-year break while playing for the Miami Heat (2010 - 2014)

But it was at an Irish Catholic school called Saint Vincent-Saint Mary High School that the basketball hero had his start.

Yet again it was an example of a wonderful combination of an Irish school instilling the concept of discipline and unselfish team play into an outstanding young talent.

With LeBron, Maverick Carter (his cousin), and a very talented team, the Fighting Irish had a perfect 27-0 record and captured the state championship, the first since 1984.

LeBron averaged just under 20 points and was immediately seen as an up-and-coming sensation.

In his second year, the teenage phenom became a huge draw.

In their first game, the Fighting Irish switched the game at the University of Akron’s James A. Rhodes Arena. Some 5,000 fans packed the place.