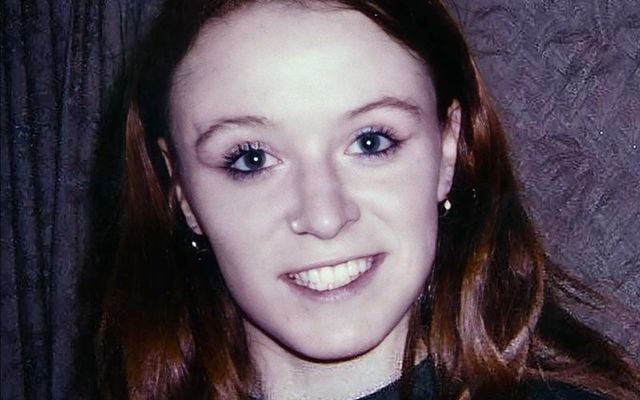 The unsolved case of Co Clare art student Emer O'Loughlin, who was murdered in 2005, will be examined on episode 2 of "Marú Inár Measc", a crime documentary series for TG4. MARÚ INÁR MEASC

TG4's true-crime series "Marú Inár Measc" is back for a second season.

"Marú Inár Measc", which means "Killer Among Us" in English, blends observational documentary with key testimonies from those who continue to be deeply affected by the tragedy. Each documentary shows how bereaved families and local communities get on with their lives while also fighting for justice.

The series includes extremely personal interviews with the family members and friends of murder victims as well as interviews with Gardaí who worked on the case; those first on the scene and those who interviewed the perpetrator at the time.

"Marú inár Measc" is narrated by Doireann Ní Bhriain. It features interviews with award-winning crime reporter Stephen Breen, the head of news for MidWest Radio Teresa O’Malley, and the director of the Rape Crisis Network Ireland Clíona Saidléar, as well as many other well-known journalists and experts.

There are four episodes of the series airing on TG4:

Episode 1, airing on 18th May at 9.45pm, features the family of Sandra Collins who went missing on December 4th 2000. Sandra Collins left her aunt’s house in Killala Co.Mayo, to get the dinner in the local grocery shop. She never returned home and her disappearance remains shrouded in mystery. The search for Sandra continues to this very day.

Episode 2, airing on 25th May at 9.30pm, recalls the tragic murder of art student Emer O’Loughlin from county Clare. On April 8th 2005, Emer met her untimely end. One man who could have shed light on what happened disappeared without a trace. And so, to this day, no one has been convicted of Emer’s murder.

Episode 3, airing on 1st June at 9.45pm, recalls the brutal murders of Jack and Thomas Blaine on July 10th 2013. Castlebar woke up to the tragic news around the town that brothers Thomas and Jack Blaine who were well-known around the town had been brutally murdered. Alan Cawley was convicted of their murder in 2017.

Episode 4, airing on 8th June at 9.30pm, features the family of Ann Walsh, a 23 year old young woman who was murdered on August 24th 2005. Ann was strangled by her former boyfriend, Raymond Donovan in the grounds of the local church in Kilrush, Co. Clare. Donovan was convicted of Ann’s murder however he remains one step closer to his eventual release.

TG4 is a free public service Irish language television network. The channel is available online and through its on-demand service TG4 Player.