"Unusual Suspects," a seven-episode podcast series from GoLoud, tells the remarkable true story of the 1993 heist. 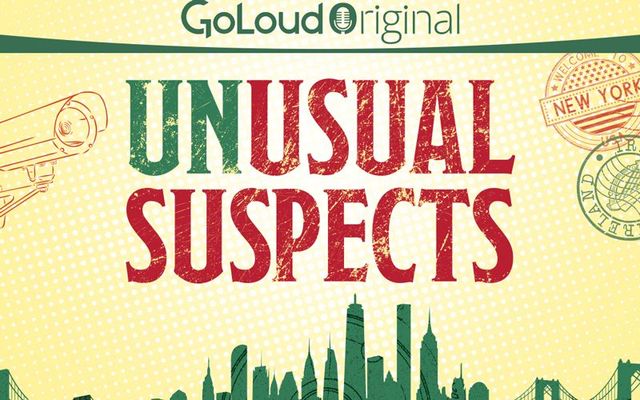 "Unusual Suspects" tells the remarkable true story of the 1993 Rochester Brinks heist, when $7.4m was stolen by armed raiders, and the ensuing FBI investigation, which saw police chasing the most unlikely trio of suspected thieves that included an Irish priest working in Manhattan, a former IRA man turned comic book dealer, and a former New York police officer.

The podcast is produced by award-winning documentary maker Eoin Brennan, who traveled from Belfast to New York, as he sought to unravel the incredible true story behind one of the most audacious heists in US history.

The 1993 robbery from an armed Brinks vault was at the time the fifth largest in US history and involved a fascinating cast of characters.

Among the "unusual suspects" Brennan encounters on his travels are two Irish men implicated in this barely believable crime, including an Irish priest, and a former IRA H-Block Prisoner turned comic book dealer.

Over the course of seven episodes, using a wealth of original interviews and a rich soundscape, "Unusual Suspects" takes listeners from the night of the heist, inside the FBI investigation and the ensuing trial, and the aftermath. The story also delves into the personal, and intriguing, lives of the two central characters – Father Pat Moloney and Sam Millar.

“I’m very excited for 'Unusual Suspects' to be released, a lot of work has gone into it from the GoLoud team and I’m hopeful audiences will find the story of the 1993 Rochester Brinks heist, and the eclectic cast of characters around it, a gripping listen," says Brennan.

"Unusual Suspects" is the first release in GoLoud’s new multi series narrative brand ‘Unfold’. This new strand of podcasts and digital audio products will bring listeners a range of fascinating true tales from Ireland and around the world.

Darren Cleary, GoLoud Managing Editor said: “'Unusual Suspects' is the culmination of many months of hard work on production, recording and sound scaping. Beyond that Eoin Brennan has spent years following this story and charting every twist and turn.

"'Unusual Suspects' is GoLoud's first foray into immersive audio experiences like West Cork and Serial, we’re proud of what we’ve produced, this series stands up alongside the very best. 'Unusual Suspects' reinforces our commitment to quality narrative and world building, rich sound design, and stories so fast paced and gripping it’s hard to believe they're true."

"Unusual Suspects," a GoLoud Original Podcast, is available now on the GoLoud app, on goloudnow.com, and all major podcast platforms. Find episode one here.