Did you know Kevin Bacon plays the traditional Irish bodhrán?

Turns out Kevin Bacon is a big fan of traditional Irish music - can ya blame him?! 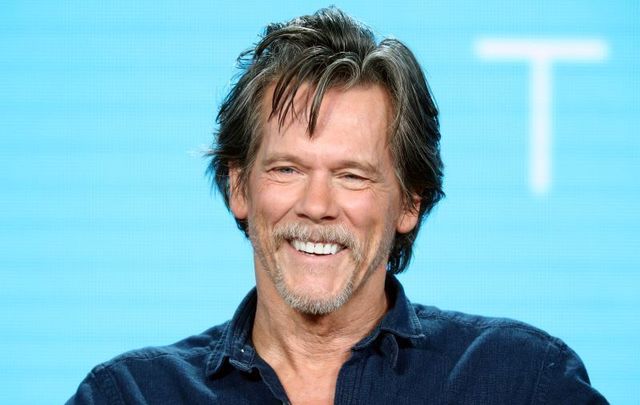 Kevin Bacon at the Showtime segment of the 2019 Winter Television Critics Association Press Tour at The Langham Huntington, Pasadena on January 31, 2019, in Pasadena, California. Getty Images

Hands up if you were aware that Kevin Bacon can play the bodhrán?

The Footloose star – he’s got a ton of other stuff to his credit too, but the ‘80s dance movie will always be at the top – told RTE host Ryan Tubridy last week that he loves the Irish hand drum, though he needs more practice to make it sound perfect.

“I play hand drums in my band, and my brother got me a bodhrán a few years ago," Bacon said via videolink on Tubridy’s Late Late Show.

"I’m not good at it, it’s a real skill that I don’t really have. I wrote a song about a giant squid and once the band got together and started playing it, it ended up having a very Irish feel and I ended up playing bodhrán on that song."

"I love how melodic it is but there's also a certain edge to Irish music that is hard to put your finger on"@kevinbacon talks music and Ryan promises to set him up with @christymoore45 as his new teacher!#LateLate pic.twitter.com/rDB6Zho3Ir

Bacon and his elder brother Michael perform live as the Bacon Brothers, and formed their band in 1995. They’ve also got 10 albums of original music to their name, including one that was released in July.  Irish music is one of Kevin’s favorite genres, and he’s a big fan of the Chieftains.

"It’s got a rocking edge that I find really, really compelling,” he said.

A trip to Ireland for the Bacons will definitely be on the cards post-Covid, and Tubridy advised that the Irish trad legend Christy Moore might be able to help Bacon get better at the bodhrán.

"I’d like to come over and get lessons, frankly. That would be the best idea. Find somebody who is the most badass player and have him sit down with me and take me to school,” Bacon said.