The fashion designer’s funeral was held on Thursday, June 21. It was announced her “heartbroken” father also passed away the evening before. 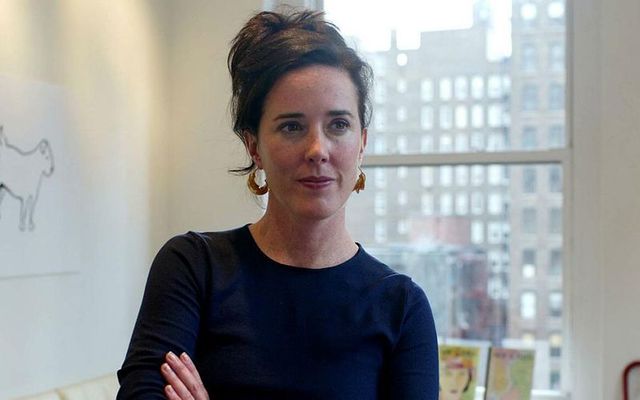 Hundreds of mourners gathered as designer Kate Spade was laid to rest at the same Kansas City church where her grandparents were married.

Family, friends and fans gathered at Our Lady of Perpetual Help Redemptorist Church in Kansas City, Missouri, on Thursday to say goodbye to fashion designer Kate Spade. Her husband Andy Spade, with whom she founded her famous brand, arrived alongside his brother, the comedian and actor David Spade, while others waited outside dressed in Kate Spade bags and donning Kate Spade dresses.

The funeral of Kate Spade began on Thursday at 4 pm (EST) in the same church where her grandparents were married. A spokesperson for the family also revealed just before the funeral began that her “heartbroken” 89-year-old father Earl F. Brosnahan, Jr. had passed away the evening before.

Here are more details of how family and friends plan to honor Kate Spade today. pic.twitter.com/TuPVnB6UHG

The funeral service began with the Christmas carol “The First Noel,” the designer, whose middle name was Noel as a result, having been born on Christmas Eve in 1962. Pink peonies were said to have covered the church.

Just spoke with the funeral coordinator who shared some of the personalized details of Kate Spade’s funeral. They will play “The First Noel” in honor of Spade’s middle name. pic.twitter.com/HNcjOXkkVg

Ashes of #katespade ashes being carried into her funeral in Kansas City just now. pic.twitter.com/2l3UXd4dJ9

Before the doors of the church opened at 1.45pm on Thursday, 70 people were already gathered outside, many wearing Kate Spade bags. The church itself was filled with family, friends and admirers.

Liz(l) and Cara Reeder of KC and Omaha, Nebraska donning @katespadeny dresses and bags as they wait to be let inside the church. “We’re here to support they family,” Cara says pic.twitter.com/JwUXLSJjG7

"I just feel like her vocation was to fill the world with beautiful things," one such fan Olivia Lott told the Kansas City Star.

Angela Ross is here to pay her respects. She has 7 Kate Spade purses, 3 watches, 4 coffee mugs, a pair of earrings, a charger, a case and notebooks. Next year, she's planning a themed Kate Spade birthday and has been planning for months. pic.twitter.com/WHAxpfi8JH

Born Katherine Noel Frances Brosnahan, the fashion designer was found dead, aged 55, in her Park Avenue apartment in New York after an apparent suicide on June 5. Three of her great-grandparents were Irish emigrants.

The designer's family asked that in lieu of flowers, those wishing to pay tribute should "kindly direct donations" to the American Society for the Prevention of Cruelty to Animals (ASPCA) or to Wayside Waifs, Kansas City's largest no-kill animal shelter and pet adoption campus.