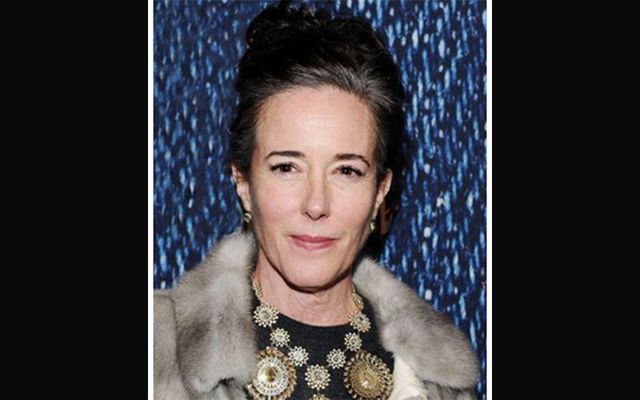 As Kate Spade’s family gather for her funeral on Thursday in Kansas City, they also mourn the loss of her 89-year-old father, Earl F. Brosnahan, Jr.

The father of the late Kate Spade is reported as having passed away on the evening before the designer's funeral. The Brosnahan family released a statement mourning the loss of 89-year-old Earl F. Brosnahan, Jr. on Thursday, stating that he had been “in failing health and was heartbroken over the recent death of his beloved daughter.”

“He was at home and surrounded by family at the time of his passing,” the statement read.

"Frank was born in Kansas City, MO and was a lifelong resident. He served in the U.S. Navy before graduating from the University of Miami in 1949, after which he returned to Kansas City to work in in the family construction business. He was president of the Midwest Heavy Construction Association in the mid-1960s, after taking over the family business from his father Earl F. Brosnahan, Sr. and his mother Helen Rose Brosnahan (née Mottin).

#BREAKING: Kate Spade's father, Earl F. Brosnahan, Jr., has died. He was 89. Funeral services for Spade is underway in Kansas City right now. A family statement is below: pic.twitter.com/f16DX5aBji

"Frank married June Therese Mullen in 1953 and had six children, Missy, Earl III, Ann, Reta, Katy (deceased), and Eve. He was an avid tennis player and a charter member of the Carriage Club in Kansas City for more than 50 years. Frank married Sandy Palmer in 1992 and she was bedside when he passed.

"Later in life, Frank took up golf and was a great lover of his two Yorkshire Terriers. He was especially proud of his wife, children and grandchildren. Frank is survived by his wife Sandy, three brothers and a sister, five children, eight grandchildren and numerous nieces and nephews. He is preceded in death by his parents, sisters Katherine and Helen De Salme and his daughter Katherine Noel."

Just spoke with the funeral coordinator who shared some of the personalized details of Kate Spade’s funeral. They will play “The First Noel” in honor of Spade’s middle name. pic.twitter.com/HNcjOXkkVg

The funeral of Kate Spade began on Thursday at 4 pm (EST).  Born Katherine Noel Frances Brosnahan, the fashion designer was found dead in her Park Avenue apartment in New York after an apparent suicide on June 5. Three of her great-grandparents were Irish emigrants.

The designer's family have asked that in lieu of flowers, those wishing to pay tribute should "kindly direct donations" to the American Society for the Prevention of Cruelty to Animals (ASPCA) or to Wayside Waifs, Kansas City's largest no-kill animal shelter and pet adoption campus.