Kourtney Kardashian featured her son's Irish Fairy Door on Snapchat late last year, elevating the company's profile in the US. 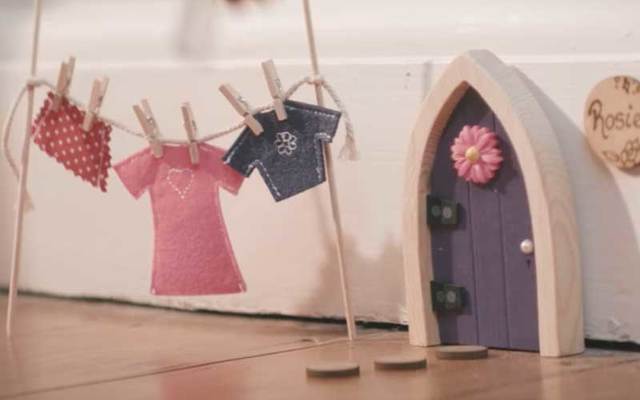 The Irish Fairy Door Company has greatly profited after receiving an endorsement from Kourtney Kardashian on social media, increasing their revenues by 50 percent.

The eldest Kardashian sibling featured her son Mason’s personalized Irish Fairy Door on Snapchat twice in one day late last year, which helped to elevate the company’s profile in the US and boost sales.

Business is booming at @IrishFairyDoor in part thanks to a #Snapchat endorsement from @kourtneykardash. https://t.co/QC6ztjGJwf

Company director and co-founder Niamh Sherwin Barry told RTÉ Entertainment: "Being featured on Kourtney Kardashian’s social media has helped us with awareness of our product in the USA. They are such an incredibly influential family and having one of our fairy doors appear on Kourtney’s Snapchat story was really wonderful for us.

"We knew we had sent them the door a year previously but there was no guarantee that they would even receive it so we were crossing our fingers. So seeing it pop up on Kourtney's Snapchat after that amount of time was a very pleasant surprise, and seemed to show they had been enjoying the magic of Irish Fairy Doors the whole time - there was great excitement in Fairy HQ that day!"

Niamh explained how the Kardashian endorsement helped them to expand outside of Ireland.

"If she had tagged us it would have been a complete gamechanger for us. Having said that, it gives us great bargaining power when we're sitting in front of retailers, particularly in the US, to say that the Kardashians have one of these, so from that point of view it's absolutely invaluable to us", Niamh said.

"The Kardashians are the most influential family in the world and not only have they featured us on their social media, but there's a potential for us to feature again because of the nature of the product."

She added that Kourtney was not paid by the company to endorse the product on her social media.

"I'm sure if were to offer her 200,000 grand she would endorse it, but obviously we're not in that position!” she said. "But it was wonderful for us."

The Clondalkin-based company, which is focused on build the brand in markets around the world, recently landed a contract with Toys "R" Us in the UK, Australia and the United States.