"John Hume in America", narrated by Liam Neeson, looks at the work of Hume in fostering US support for the Northern Ireland peace process. 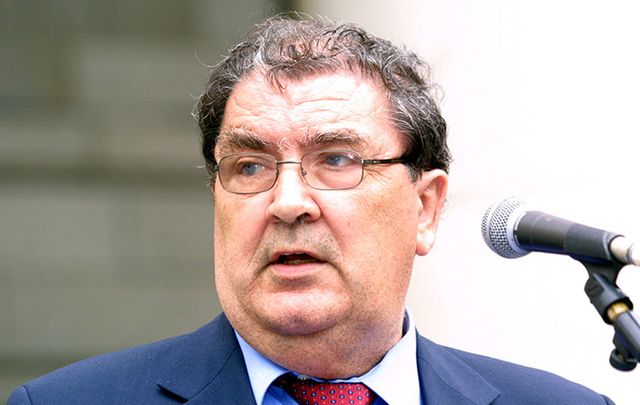 "John Hume in America: In the Name of Peace" will be shown in US Capitol Visitor Center on September 26.

A documentary chronicling the life of Nobel Peace Prize winner John Hume and his efforts to garner American support for the Northern Ireland peace process will be shown in Washington DC this week.

"John Hume in America: In the Name of Peace", narrated by Liam Neeson, includes wide-ranging interviews with US, Irish and UK politicians, illuminating the incredible work of Hume, who created the framework for peace in Northern Ireland working with the White House and US Congress through to his work in Europe by building an international coalition for peace.

As well as having Irish acting favorite Neeson on board, the film was scored by Bill Whelan,  the renowned composer, producer, and arranger behind Irish dance phenomenon Riverdance.

Before the screening of the film, representatives from the Congressional Friends of Ireland will take place in a panel discussion. Moderated by RTÉ's Washington correspondent Caitríona Perry,  the discussion will include Congressional Friends of Ireland Co-Chair, Congressman Richard Neal; Chair, Congressman Peter King; Ambassador of Ireland to the USA Dan Mulhall; Director of the Northern Ireland Bureau, Norman Houston and filmmaker, Maurice Fitzpatrick.