“In the Name of Peace: John Hume in America” recounts how John Hume harnessed the power and influence of the Irish American diaspora as part of a strategy to bring about a cessation of violence. 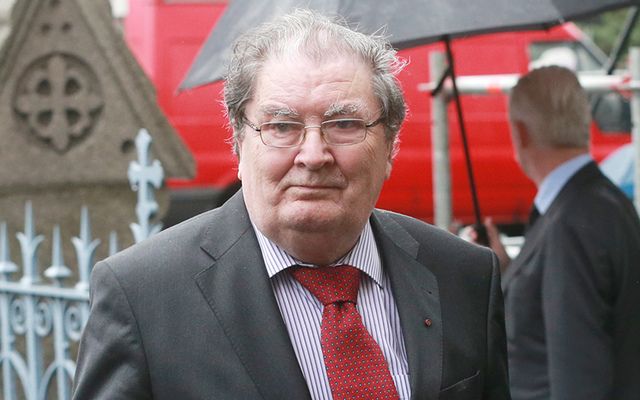 The world premiere of the feature documentary that tells the compelling story of Nobel Laureate John Hume takes place at the Galway Film Fleadh on Thursday, July 13, portraying the successful pursuit of peace in Northern Ireland through Hume's co-operation with senior politicians in the United States.

“In the Name of Peace: John Hume in America” recounts how John Hume harnessed the power and influence of the Irish American diaspora as part of a strategy to bring about a cessation of violence.

Narrated by Liam Neeson, with an original musical score by Bill Whelan, the 90-minute film includes dramatic footage from the conflict in Northern Ireland (1968-1998), as well as interviews with Presidents Bill Clinton and Jimmy Carter, US Congressmen and Senators, Tony Blair and Sir John Major, and personal accounts from Bono, Bertie Ahern and Enda Kenny, depicting Hume’s role as one of the architects of the historic peace process.

Likened to Martin Luther King, and revered both at home and abroad as a social justice champion, Hume’s intellect and civil rights convictions put him at the forefront of politics and peace throughout the violent years of the Northern Ireland Troubles.

The signing of the Good Friday Agreement in 1998 and its ratification in referenda in both sides of the Irish border, brought an end to years of bloody violence in Hume’s homeland, and earned him, along with David Trimble, a Nobel Peace Prize.

Director and Producer Maurice Fitzpatrick said: “The film serves as an apposite reminder of the redemptive powers of politics, and personal courage, to overcome hatred and division.  It is a timely endorsement, given the current global political instability, of charismatic leadership and steady international co-operation, and what both can achieve.”

Ahead of the panel discussion following the premiere, South Belfast MLA Claire Hanna said "This promises to be one of the most important documentaries ever screened about the Irish political process. Over a quarter of a century, and aided by individuals from the ‘golden generation’ of Irish public servants, John Hume not only brought employment to the North but transformed traditional, and sometimes simplistic attitudes among Irish America to the complexities of the North.”

The film was written, directed and produced by Maurice Fitzpatrick, with the co-operation and participation of the Hume family, particularly with regards to perspectives on John Hume’s strategy in the US.  It was funded by Bord Scannán na hÉireann/the Irish Film Board, the Broadcasting Authority of Ireland and RTÉ.

The film will be screened at film festivals across the world, with US and UK premieres planned in September and October.