When an ex-marine named John “Chick” Donohue resolved to show some support to the troops from home, he personally brought messages to the guys on the front lines in Vietnam in the greatest beer run ever. 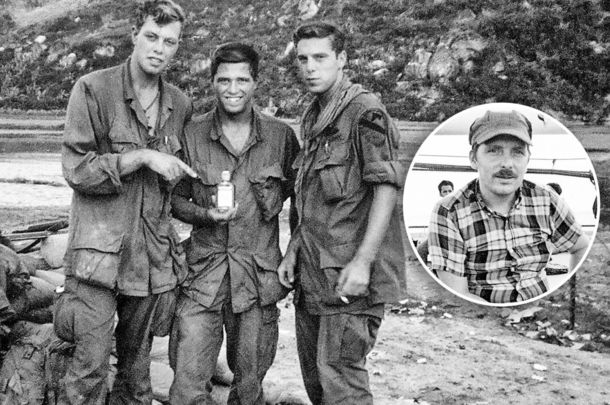 One night in 1967 in an Irish bar in upper Manhattan, a group of local men started counting all the friends and neighbors they had lost to the ongoing Vietnam war

It took some time to count them all - and the ones that made it home safe didn't exactly receive a heroes welcome they noted, facing strong criticism and even being spat on in some quarters.

That's why a local ex-marine named John “Chick” Donohue resolved that night to make a remarkable gesture - to show some support from home, he would personally bring messages – and some cold beers - from home to the lads on the front lines in Vietnam in the greatest beer run ever.

In the era of peace and love and flower power the Vietnam war seemed like the ultimate obscenity to many, what was America doing so far from home telling other people how to live and what to believe, critics groused?

But for John “Chick” Donohue, 80, and his Irish pals up in Inwood a simpler rule applied when the country called you went and you didn't make a big fuss about it. He and his friends were appalled at the way his friends in the forces were being talked about at home.

“I remember the number was 26, young men, all dead by the end of the sixties,” Donohue says. “Years earlier I had spent four years in the Marines without combat but these guys were dying over there and I felt a little Irish guilt about it, because I had missed the war and they were just kids.”

They were all a few years younger than Chick, the Vietnam generation. “They were like my kid brother's age, but I knew them. I grew up with in the same houses. But I'll tell you what really provoked my trip. The demonstration in Central Park. The protestors would carry a Vietcong flag. They would chant murderers, baby killers, all this other stuff. And I was hearing that and I was saying, Oh my God, how bad was that? Those boys are dying for their country. So to hear them being called murderers, that was hard.”

Wherever you stand on the political spectrum and whatever you think of that war, there's no denying the strong Irish community bond that made Donohue resolve, madly, that he wanted to go to Vietnam to shake their hands and bring them greetings and some cold beers from home. He wanted them to know they were not forgotten. 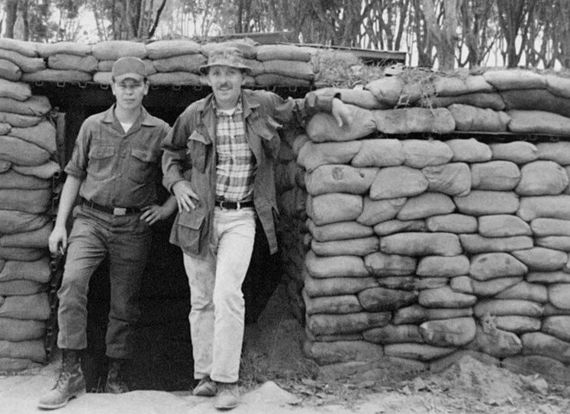 Donohue tells the story of his Vietnam beer run in his book The Greatest Beer Run Ever, A Memoir Of Friendship, Loyalty And War, now slated to become a film with Peter Farrelly directing.

"And they were just getting no recognition for it. It used to bother me that I would pick up The Daily News and there'd be a story on page 37, maybe four or five short paragraphs where more American kids were killed and there would be all sorts of junk on the 36 previous pages before. Nobody wanted to know, they were just tuning it out.”

But in Inwood you were reminded every day if Mrs. Murphy would walk past year or Mrs. McGoldrick and you'd know their kids were dead and they weren't just numbers.

So in the Irish bar that night when they got talking about who had gone, who had lived and who had died, Donohue listened to the joking suggestion that someone should bring them over some drinks and he decided on the spot that it was going to be him, he was really going to do it.

When word got around one of the local Irish mothers, whose son Tommy was at the front, sought him out. “She tried to give me a hundred bucks,” says Donohue. “I'll never forget that. Now back then a hundred bucks was a hundred bucks. But I knew if I took it from Mrs. Collins I knew I couldn't come back if I didn't find Tommy." 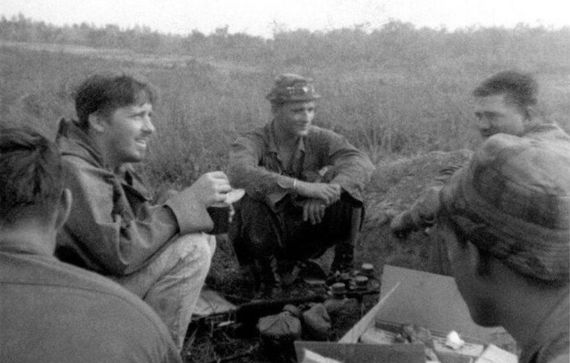 "And if I did find Tommy and he was on the other side of a minefield what then? I'd have to go across and tell him what his mother told me to tell him, you know? So I said I can't take the money and I didn't take the money. But you know somebody was looking out for him because when I arrived in Vietnam, the first guy I found was Tommy.”

The other thing he'll never forget is their surprise at seeing a face from the old neighborhood. “They would look at me like, what am I, am I dreaming this? Or you know, what the hell is going on here? What the hell are you doing here? And I said, I come over to bring you a beer.”

Although he didn't realize it at the time, the impulse to go over and talk to them must have come out of our Irish customs Donohue says. “Like when I found Tommy I told him I was just talking to your mother and she told me to tell you to go to mass as often as you can. I know you can make it every day at six o'clock like I do for you, she said. That was the speech she gave me, you know?”

Mrs. Dougan from the old neighborhood had a message for her son Ricky too and luckily Donohue found him in Vietnam and passed it on and it went on like this through his epic trip. “There were hairy moments when I went up North. I landed in a helicopter on an outpost where I found Dougan, he was out in an ambush post and I was obviously not supposed to be there. It was surrounded by the North Vietnamese army.” 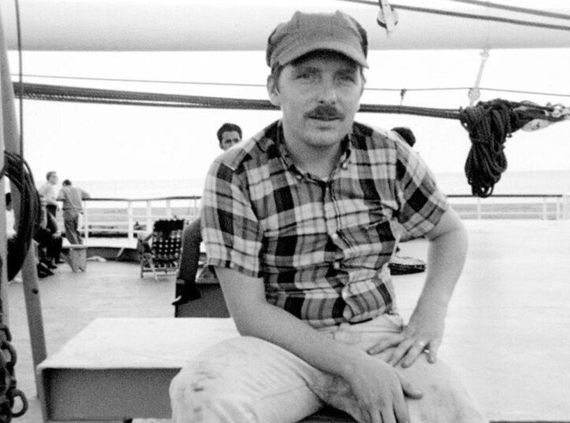 After the startled Dougan was informed that his mother wanted him to attend mass, he threw Donohue an M97 grenade launcher because he said the enemy could overrun them at any time.” At this moment Donohue finally began to wonder about the wisdom of his own journey. “Oh this is worse than a brawl in Far Rockaway,” I remember thinking. With Dougan in tow they fell back and the next morning they found four US fatalities close to the site.

The next time I saw any shooting or people dying was weeks later when I had to go to the U.S. embassy for a ride to the airport for flight that would take me to Manila, where I could join a ship that would take me back to the States, he says.
Arriving near the building two soldiers started shouted “Don't go, don't go!” at him. Then he realized they were firing at the embassy. The Vietcong has invaded and taken it over. It was the start of the Tet offensive.

As for his madcap journey to bring a beer to the local boys, well that was mission accomplished. “I had six guys on my list,” says Donohue. “I saw four and they all made it home, they're all alive. And 47 years later we all got together up in the Bronx, off of Broadway. All six guys. I'm glad I went.”

The Greatest Beer Run Ever, A Memoir Of Friendship, Loyalty And War by John Chick Donohue is now available from William Morrow, $27.99.