Cagney's bilingual abilities appear in the 1931 film "Taxi" during a scene featuring an increasingly agitated immigrant who desperately attempts to make an Irish cop understand his desire to reach Ellis Island. 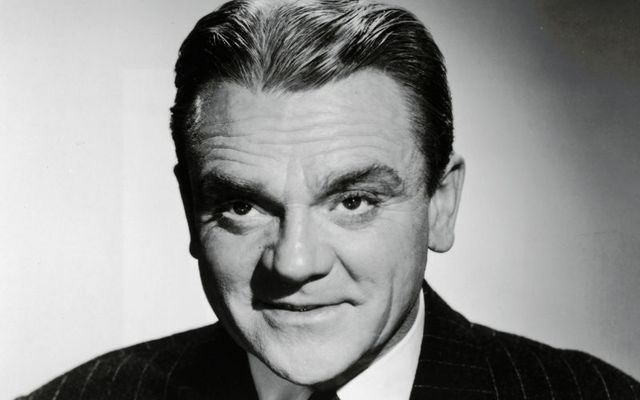 The Irish-American actor later joked in his 1976 autobiography that he was "probably the only actor in Hollywood who could read this poster".

"When it suits him, he speaks with a Litvak accent, and, when he feels like it — with a Galitzianer accent. That’s the sort of mischievous fellow is James Cagney," Blumenthal concluded.

English-language press commended Cagney for his "palaver", with the Brooklyn Eagle stating that the audience gave the heartiest laugh for Cagney's "pyrotechnical" Yiddish.

Cagney would later speak Yiddish in the 1940 film "The Fighting 69th", which depicted the exploits of New York City's 69th Infantry Regiment during the First World War.

Cagney  reportedly used Yiddish to his advantage during his initial negotiations with Warner Bros, according to an oft-repeated anecdote about the Irish-American actor.

Studio founders Albert, Jack, Sam, and Harry Warner reportedly conversed in Yiddish during negotiations with Cagney in a bid to outmaneuvr him, only for Cagney to respond in perfect Yiddish.

Famous gossip columnist Hedda Hopper once wrote that Cagney "likes to palaver in Yiddish to cronies in person or on the phone", stating that his "kosher lingo is very McCoy".