The actor has filed a cross-complaint against Cathriona White's family, saying they filed a wrongful death suit in an attempt to extort money from him. 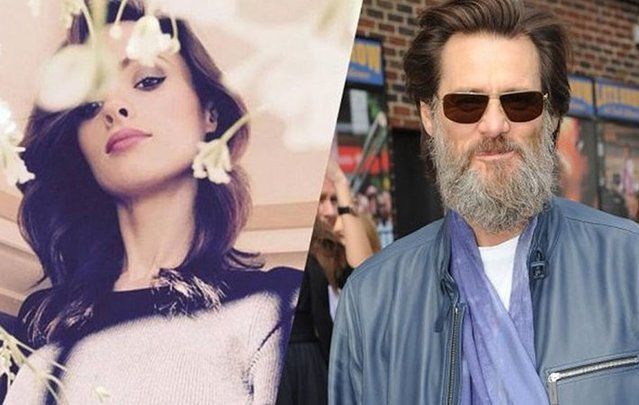 Jim Carrey is defending himself against the wrongful death suit filed by the family of Irish ex-girlfriend Cathriona White, who committed suicide in 2015.

The comedian is filing a cross-complaint, claiming extortion.

White, 30 , was a Co Tipperary native and had been living in Los Angeles and working as a makeup artist. She committed suicide, using prescription drugs, in Carrey’s home in September 2015.

The wrongful death suit filed in 2016 by White’s estranged husband Mark Burton and her mother Brigid Sweetman claims Carrey had illegally obtained “highly addictive and, in this case, deadly” drugs under a false name and made the pills available to White despite knowing she struggled with depression and had attempted suicide in the past.

Read More: Who was Cathriona White? 6 facts you need to know about Jim Carrey’s late girlfriend

A few days after the original filing they amended the complaint to allege that Carrey also gave White three STDs without informing her of the danger of transmission and made her sign a non-disclosure document to keep this secret. Carrey has denied the allegations.

Variety reports that the cross-complaint filed Friday by Carrey’s lawyer, Raymond Boucher, claims that the family and their lawyer Filippo Marchino, filed the suit in an attempt to extort money from him.

Carrey claims that Marchino has twice attempted to extort money from him. The first time was in 2013, Carrey says, when White told him that “with the participation and assistance” of Marchino that unless Carrey paid her “millions of dollars,” she would “go to the press” with false claims that he had infected her with STDs.

The cross-complaint reads: “In this case, Cross-Defendant Filippo Marchino took what started as a warm and exciting romance between Jim Carrey and Cat White, a beautiful yet immature and emotionally damaged woman, and turned it into an act of extortion, coercion, and theft."

Carrey says he settled the first extortion attempt privately rather than engage in a lengthy and public legal battle.

Read More: Jim Carrey’s team to use medical records as proof of innocence

“Unfortunately, I made the mistake three years ago of giving in and settling false claims made against me by Mr. Marchino, on behalf of Cat, as mounting a public defense is a very costly and painful process,” Carrey wrote in a statement. “At the time I felt Cat was being exploited by Marchino. Since this new case was filed, I have discovered the depth of deception behind those false claims, the kind of deception decent people fall for, because to us, such behavior is unimaginable.”

“I will not give in a second time to these same fraudulent charges initiated by Cat’s husband in name but not substance Mark Burton, and her estranged mother,” he continued. “Nor am I responsible for what these desperate characters have inadvertently unearthed about the woman I adored. I was clearly blinded by my affection. Regardless, I will hold a place of empathy, and forgiveness for Cat and continue to focus on the many blessings in this life.”