Congrats to Jamie Dornan and his wife Amelia Warner, who recently welcomed their third child, another girl. 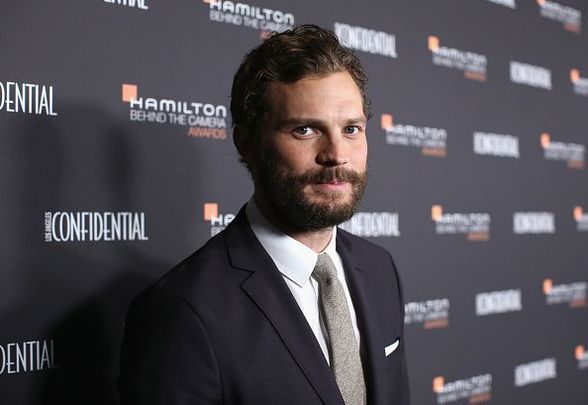 Congrats to Jamie Dornan and his wife Amelia Warner, who recently welcomed their third child, another girl, into the family.

That’s three little ladies for Jamie and Amelia. And they kept their joyful news on the QT.  We only found out that the baby arrived when Amelia posted on her Instagram on Sunday, which was Mother’s Day in Ireland and the U.K.

“So proud of these three glorious girls, it’s an honour being their mummy..feeling incredibly lucky today #happymothersday,” Amelia wrote on her Instagram under a cute photo of three little sets of shoes.

Don’t know when the new arrival joined the family, or what her name is. Her two big sisters are Dulcie, five, and three-year-old Elva.

So proud of these three glorious girls, it’s an honour being their mummy..feeling incredibly lucky today #happymothersday

Dornan is hugely proud of being a dad, and though he and Amelia always make a point to guard their privacy, we do know Jamie was on hand for the birth.

“I've never missed a birth. I couldn't live with myself if I missed the birth,” he said last year during an appearance on Jimmy Kimmel’s talk show.

Having more kids is also a possibility, Jamie told Kimmel.

“Part of me feels like to put a cork in it after this.  But then, alternatively, I feel like we make really great kids,” he revealed.