Jamie Dornan left Belfast at 19 to pursue "something" in London, leading to a successful film career. 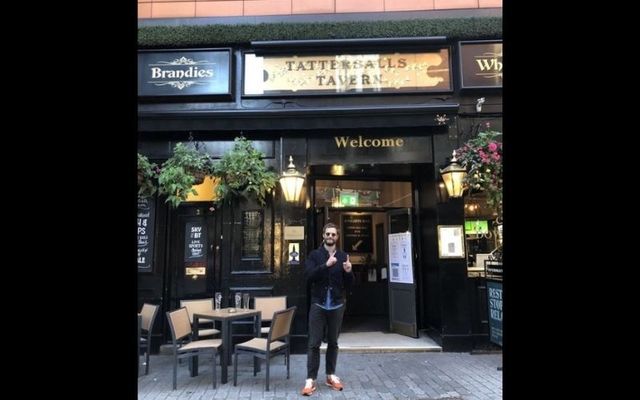 Jamie Dornan outside the London pub Tattersalls Tavern where he used to work. Jamie Dornan, Instagram

Jamie Dornan had a dream and he went for it…and now he’s one of the favorites to land an Oscar nomination for his starring role in Kenneth Branagh’s new film 'Belfast' which opens next month.

A recent message from Jamie's Instagram outside Tattersalls Tavern in London reads: “Over 19 years ago I left Belfast for London to pursue ‘something.’

"I worked in this bar @tattersallstavern for 6 months before things started happening for me. Haven’t been back since until today.

"A great pint, particularly when not pouring it yourself…”

Indeed! It’s been a heckuva film and modeling career for Jamie Dornan, who found A-list stardom after starring in the 'Fifty Shades of Grey' trilogy a few years back alongside another unknown-turned-star, Dakota Johnson.

He’s had some hits, and the odd miss, since then, and 'Belfast' is going to be a shining star on his resume.

The Northern Irish actor told Variety that he still thinks about his hometown all the time.

“And then a script comes through called Belfast with a note that Ken wanted to talk to me about it so it was kind of like this beautiful package that was so timely in terms of where my head was at anyway and would be timely no matter what was happening with me because it’s a story about the town where I was born and bred and buttered.”

You can watch the trailer for 'Belfast' here: