WATCH: Irish youth orchestra's touching rendition of With or Without You

The Symphonic Waves Youth Orchestra recorded the moving piece back in January and released it on Monday. April 27. 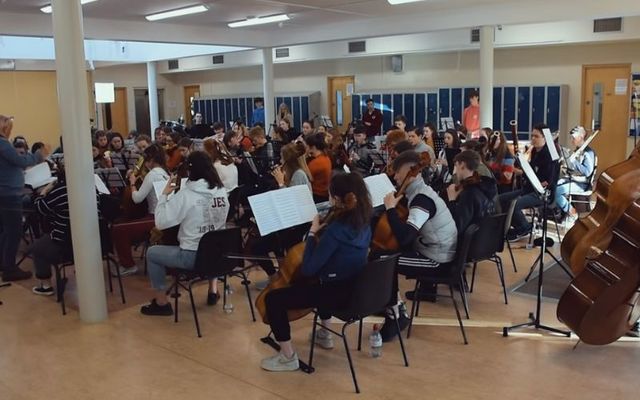 A youth orchestra in the west of Ireland has released a touching version of U2's With or Without You that serves as the perfect soundtrack to the current COVID-19 crisis.

The Symphonic Waves Youth Orchestra recorded the moving piece back in January and released it on Monday, April 27.

Founded in 2017, the orchestra encompasses all counties in the west of Ireland and gives students in the west a chance to take part in an orchestra while they're still at school.

The orchestra was due to play a number of concerts to honor Galway's year as European Capital of Culture, but these concerts were postponed due to the COVID-19 pandemic.

However, the orchestra has now released a brand new music video featuring a special arrangement of U2's famous song.

The song also pays tribute to U2, who donated significant funds to help establish the Music Generation Initiative, which manages the Symphonic Waves Orchestra.

Members of the National Youth Orchestra of Ireland joined the Symphonic Waves Orchestra for this special performance of With or Without You at a course in Kilkenny College last winter.

Austin, who arranged and produced the song, called it a unique song and a modern classic.

"I view U2’s With or Without You as a perfect example of a modern classic in its composition, performance and production," Austin said.

He said that 2020 was supposed to be an important year for the youth orchestra in terms of audience development and playing in front of large crowds.

With those plans now out the window, the orchestra has reverted to the best possible alternative and shared its music with the world.