“Fantastic Beasts: The Crimes of Grindelwald” starring Irish American Johnny Depp is set to drop and fans of the fantasy series are chomping at the bit. 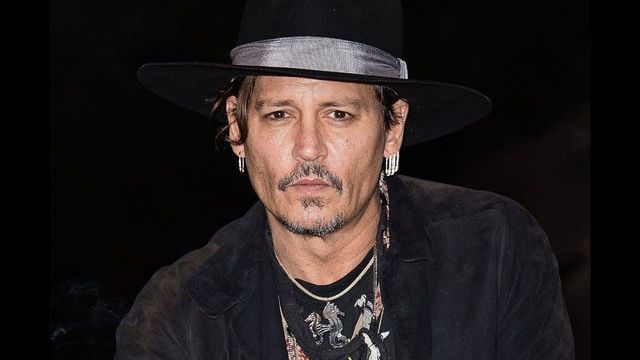 The latest in J.K Rowling’s “Harry Potter” prequel franchise, “Fantastic Beasts: The Crimes of Grindelwald” starring Irish American Johnny Depp is set to drop and fans of the fantasy series are chomping at the bit.

While there’s has been a fair amount of controversy surrounding one of the movies central stars, Irish American Johnny Depp we decided that rather than focus on the tricky news we’d take a look at the Irish roots of the American actor who plays Gellert Grindelwald, Albus Dumbledore’s nemesis (a kind of pre-Voldemort) in the upcoming movie.

Depp has enthused about his Irish heritage to Irish newspapers in the past. His Irish ancestry comes from his late mother, Betty Sue Palmer’s side. He is very curious about his Irish side, and once said:

“I’d really like to [trace Irish roots] because there’s a part of me that says, hey, I might be related to Phil Lynott or someone great like that.”

In addition to being Irish, Depp is also German and Cherokee.

He told the Irish Independent while promoting his 2005 movie, “Charlie and the Chocolate Factory”.

“I want to meet up with J.P. Donleavy too, see if I’m related to him. I’m hoping to get over to Ireland again soon.”

Depp was in Ireland in the mid-1990s to work on the ill-fated film “Divine Rapture”, with the late Marlon Brando.

“That was a shame,” he says. “I turned up there purely because Marion asked me to. Didn’t have a script and I didn’t find out until 24 hours before cameras started rolling that I was supposed to have an Irish accent.”

Depp apparently would later get the chance to use his Irish accent in his star turn as a wandering gypsy in “Chocolat”. Although if this editorial team is honest, we didn’t realize it was meant to be Irish!

Still! We can't wait to see him play him see Gellert Grindelwald in “Fantastic Beasts: The Crimes of Grindelwald”! Will you be watching? Let us know in the comments section below.

Read more: "Dancing with the Stars" contestant Evanna Lynch opens up about eating disorder past, says Harry Potter saved her