“I hate rape. I hate attacks. I hate sexual situations that are forced on someone. But in many cases one looks at the circumstances and thinks that the person who is considered a victim is merely disappointed.” 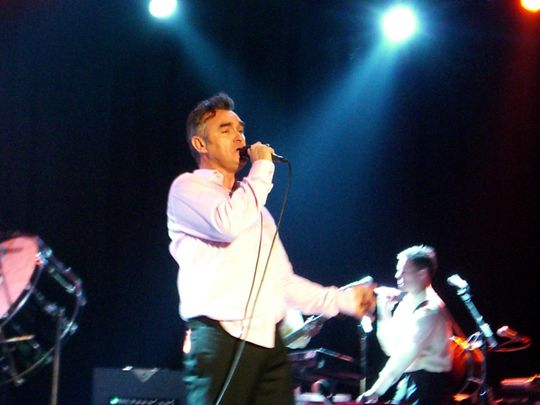 Stephen Patrick Morrissey, the performer known for his outspoken comments, has defended Kevin Spacey and Harvey Weinstein in Der Spiegel, a German magazine.

“One wonders if the boy did not know what would happen. I do not know about you, but in my youth I have never been in situations like this,” he continued. “Never. I was always aware of what could happen. When you are in somebody’s bedroom, you have to be aware of where that can lead to. That’s why it does not sound very credible to me. It seems to me that Spacey has been attacked unnecessarily.”

“People know exactly what’s going on,” Morrissey reportedly said. “And they play along. Afterwards, they feel embarrassed or disliked. And then they turn it around and say: ‘I was attacked, I was surprised.’ But if everything went well, and if it had given them a great career, they would not talk about it.”

“I hate rape. I hate attacks. I hate sexual situations that are forced on someone. But in many cases one looks at the circumstances and thinks that the person who is considered a victim is merely disappointed.”

Steven Patrick Morrissey is the son of two Dubliners, Elizabeth Dwyer and Peter Morrissey, who emigrated to Manchester in the 1950s. Both sides of his family hail from Crumlin in Dublin. He wrote about his heritage in his solo song 'Irish Blood, English Heart.’