Irish musicians, including Gavin James, Picture This, The Coronas, and others will be performing live for "Songs From an Empty Room" on Saturday, July 25 in Ireland. 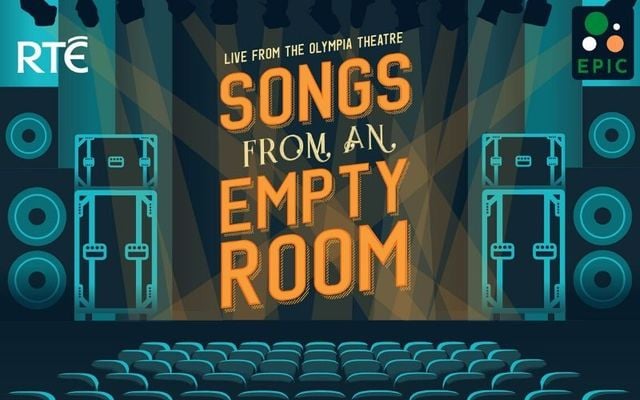 A number of Ireland's most prominent musicians will be taking part in a special televised concert from some famous, empty music venues around the country.

Gavin James, Picture This, The Coronas and many other acts will be performing live for "Songs From an Empty Room" on Saturday, July 25 from 8:30 pm IST.

The show will run for 135 minutes on RTÉ2, RTÉ 2FM, and the RTÉ Player and will run in aid of two charities supporting people in the music industry who have been affected during the COVID-19 pandemic.

"Songs From an Empty Room" will be broadcast live from famous Irish venues, including the Olympia Theatre in Dublin, Cyprus Avenue in Cork, Dolans in Limerick, INEC in Killarney, and Róisín Dúbh in Galway. All venues will be empty during the performances, reflecting the current state of affairs for the Irish live music industry.

The show will support Minding Creative Minds, a 24/7 support program for industry professionals, and the Association of Irish Stage Technicians (AIST) Hardship Fund, which is available to anybody who works in crew-related roles in the Irish live events industry.

Live music events have been halted in Ireland since March 12, leaving thousands of musicians and other industry professionals out of work.

There is little certainty when live music events will return, even as Ireland begins to reopen after months of lockdown, and all outdoor summer music festivals have been canceled.

Next week's televised event will take place in what would have been the middle of Ireland's summer festival and outdoor concert season and the event aims to raise awareness for Ireland's live music industry.

"Songs From an Empty Room" will also feature insights from behind the scenes of Ireland's events industry and highlight the people working in the background to make live music possible.

For more information about the event, click here. You can also see a full list of performing artists below.

Full list of artists performing at Songs From an Empty Room: