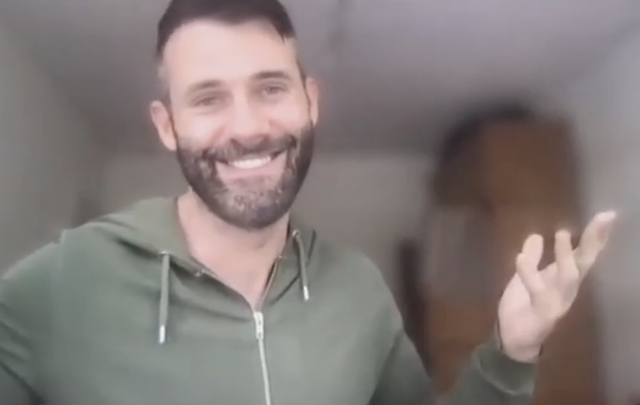 Irish musician Dan Murphy blends beatboxing and the harmonica -  it has to be seen to be believed!

Murphy, a Limerick native and lead singer for the Irish band Hermitage Green, captured the attention of Chicago-based WGN News when his creative method of beatboxing on the harmonica went viral on TikTok.

One of the WGN News anchors didn't believe that Murphy's beatboxing and harmonica playing were legit and thought he was faking it.

Murphy, streaming in live from Ireland, rose to the challenge and proved him wrong with a brief but outstanding performance on not one but three Lee Oskar harmonicas.

"This is awesome, this is a talent, this is amazing," the gobsmacked reporters said.

On Instagram, Murphy said he had just 100 followers on TikTok two weeks ago, but his harmonica beatboxing video has racked up more than a million views.

"Mad. Thanks for watching," Murphy said. "Might start an Only Fans now."

He told the Mirror that performing to the Chicago newsgroup from his kitchen was "strange".

“I had one eye on the screen and another eye on my neighbor outside roaring at her young fella to come in for his dinner," Murphy said.

“I'm halfway through playing a tune and I'm wondering if there are thousands of people in the US that can also hear this woman screaming.

“But it was a nice taster of performing live again, something I've missed a lot over the last year and a bit.”