The documentary chronicles the accelerated relationship between director Michael-David McKernan and Mimi, another filmmaker, during the COVID-19 pandemic. 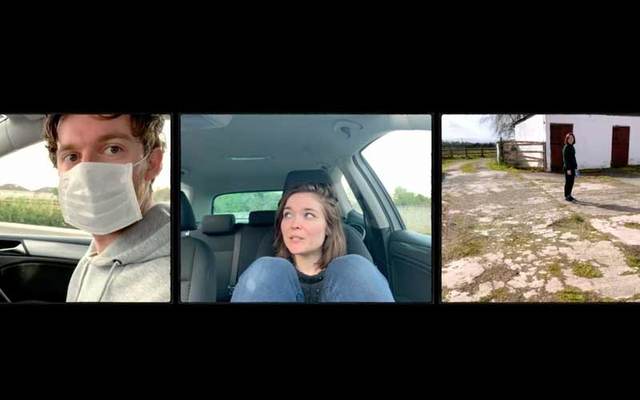 Screenshot of "How to Fall in Love in a Pandemic" trailer. Vimeo

The Irish short documentary “How To Fall In Love In A Pandemic” has been long-listed for an Oscar.

The film, by Co. Meath filmmaker Michael-David McKernan, premiered at the 32nd Galway Film Fleadh earlier this year where it won the Best Short Documentary award. The win at the festival, which was held virtually this year, allowed the film to qualify for next year's Academy Awards, Her.ie reports.

The documentary chronicles the evolving relationship between the director and Mimi, another filmmaker, during the COVID-19 pandemic.

The couple meet in Chicago and spend a weekend together before Michael-David returns home to Ireland.

How to Fall in Love in a Pandemic | Trailer from Michael-David McKernan on Vimeo.

Two weeks later, Mimi arrives in Dublin for a five-day visit. While she is there, the world begins shutting down due to the coronavirus pandemic, and her flight home is cancelled.

Mimi and Michael-David are forced to live together indefinitely. The filmmakers created the film using their iPhones to document the acceleration of their relationship in these unusual circumstances.

Emerging from lockdown with this... I’m thrilled to be premiering a new film at @galwayfilm in July. How to Fall in Love in a Pandemic is a short documentary that was shot (almost) entirely on an iPhone and shows how you can fast-track matching on tinder to living together. The soundtrack has new music from @daithimusic1 and also features @meltybrains - massive thanks lads. Great to have pal @ste_murray designing this beautiful poster. And the whole project is kindly supported by @artscouncilireland. . This is a pretty personal story and it’s scary to be putting it out into the world - so a huge thank you to those close to me who encouraged the making of this one, especially @mimimw. I hope you can join the online screening on July 10th. . #GalwayFilmFleadh #FilmFleadh32 #irishfilm #filmfleadh

"For me, the Fleadh is the mecca of Irish film and I was so proud to screen alongside some amazing films this year. I can’t wait to see how far this film can travel."

A shortlist of films for the 2021 Academy Awards will be selected in February. Oscar nominations will be announced in March.