Dublin one of three cities to get inflatable replica of Moe’s Tavern. 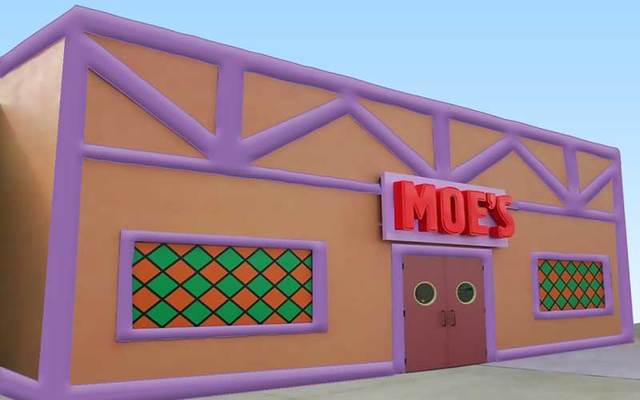 Dublin has been chosen as one of three cities that will get to launch an inflatable replica of Moe’s Tavern, the famous pub from the long-running animated television series The Simpson.

Company founder Lisa McMahon Winters said: "Effectively it is like a blow up marquee, and made from the same material as a bouncy castle, but the interior will be an exact replica of the one in the Simpsons, we are even hoping to be able to import and provide Duff beer like Homer drinks.

"We have done an inflatable Queen Vic for an EastEnders fan, and we can do The Rovers Return from Coronation Street or McCoys from Fair City, or even the ‘local’ from back home for emigrants.

"Next on the list is the Nags Head from only Fools and Horses."

You may soon have the opportunity to set up your own Moe’s Tavern in your backyard as the company has plans to offer a retail version to the public.