Cheer on these Irish nominees at the Golden Globes tonight!

A shock absence of Saoirse Ronan in this year's Golden Globes nominations. 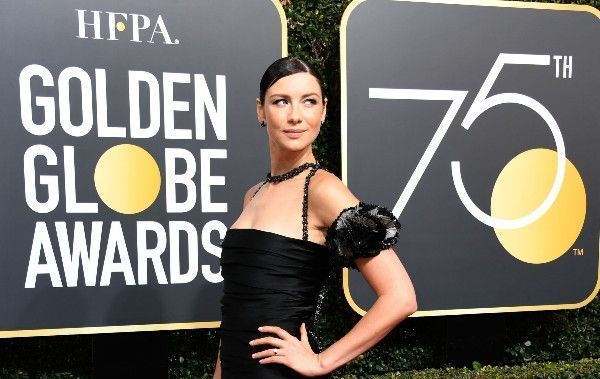 Caitriona Balfe is up for her fourth Best Actress in a TV Series nomination for Outlander.

At tonight's 76th annual Golden Globes, an Irish-produced film is the second most-nominated movie in the list of the 2019 nominees.

"The Favourite," a Yorgos Lanthimos-directed movie produced by the Irish company Element Pictures, received five nominations for the 2019 Golden Globes, although there was some surprise that it lost out on the Best Director shortlist.

The comedy, which is set in the court of Queen Anne, stars Olivia Coleman as the Queen. Coleman was nominated for Best Actress in a Comedy or Musical, battling it out with Emma Stone and Rachel Weisz.

“It’s absolutely brilliant for the film,” Ed Guiney, the producer of "The Favourite," told the Irish Times.

“Getting these nominations is a very important way of telling audiences: this is a film you should see this year. It also highlights the film when it comes to the Academy Awards. It points out that it is something they should pay attention to.”

Also be on the lookout for Irish actress Caitriona Balfe tonight as she's up for Best Actress in a TV Series for Outlander, her fourth time nominated.

Noticeably absent from this year's list of nominees is Irish star Saoirse Ronan despite what is said to be her stellar turn in "Mary: Queen of Scots," which was released on Friday, December 7.

Who do you think is a shoo-in for the Golden Globes this year? Let us know about your favorites in the comments section, below!