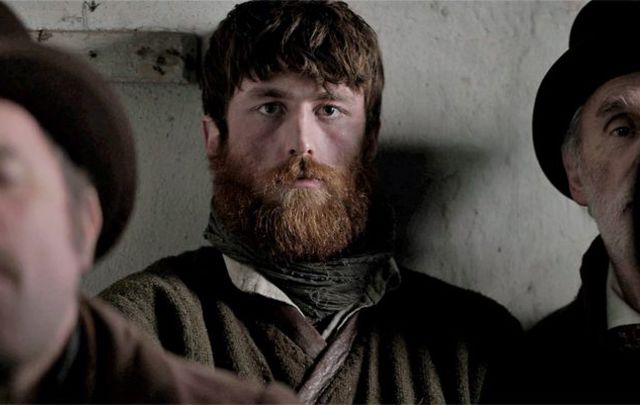 Filming in Ireland began this week on the western-style thriller “Black ‘47,” a movie based in Ireland during the height of the Great Hunger years.

An adaption of award-winning Irish-language short “An Ranger” (The Ranger), the film follows the path of a young Connaught Ranger named Feeney who seeks revenge for the death of his family during the famine, all whilst on the run from a former army comrade.

While principal photography for the new Irish co-production began in Luxembourg in November 2016, where it continued until December 22, filming has now relocated to Ireland. The primary locations will be in Connemara, Kildare, and Wicklow.

‘Black '47’ is set in 1847, commonly nicknamed “Black '47” as the year marked the highpoint of suffering during the Great Famine.

When Feeney (Frecheville) returns to Ireland after a stint fighting with the British Army in the Afghan War, he plans to reunite with his estranged family, only to find the Ireland he left transformed by poverty, hunger, and death, and rapidly descending into a lawless land..

When he learns of his mother death due to hunger and that his brother was unjustly hanged by the British, Feeney embarks on a one-man vendetta to get justice for his family, working his way up through the Irish political and social hierarchy to destroy all those who left his family to die.

“It’s like a 'Heart of Darkness' story: sort of 'Apocalypse Now' on horseback during the potato famine,” Weaving told The Sydney Morning Herald late last year.

The original short "An Ranger" was developed by PJ Dillon and Pierce Ryan, who wrote the screenplay for the current feature-length adaptation, and was set five years after the end of the famine in 1854. The 2008 short delves into the horrors that a man serving in the British Army would have missed "during the Irish famine.”

“Black '47” is also set to take on this western theme looking at events before those in “The Ranger” with a promise of more blood and more mud.

In November 2016, the famine film’s producers Fastnet Films in Ireland and Samsa Film in Luxembourg, held a casting call in Dublin hoping to find scores of actors to take the roles of Irish famine victims. The call looked for “Irish men and women with gaunt faces and thin bodies” for specific and background roles in the upcoming production.

Filming will continue in Ireland for eight weeks.